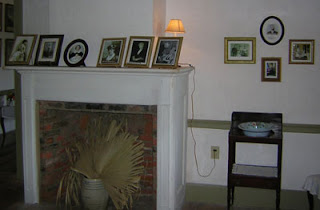 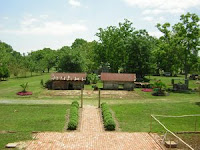 On the left you can see paintings/photos of the ‘Laura Plantation Ladies’. Laura is in the middle as a young women and again on the right as an old women. 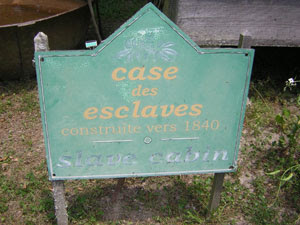 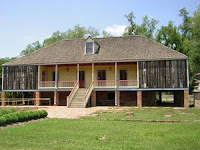 The third ‘Laura Lady’ is the one who ruled there many years and was innovative in more than one way. She decided that buying slaves at the New Orleans market was too expenses.

She bought seven young slave women and put them into houses in the plantation slave area. She selected the fittest, healthiest men and allowed them to ‘visit’ the young women! 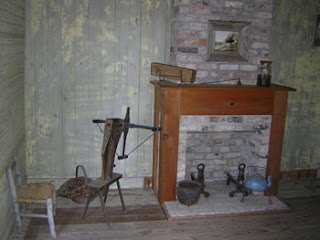 In short, she decided to breed her own slaves rather than buy them! 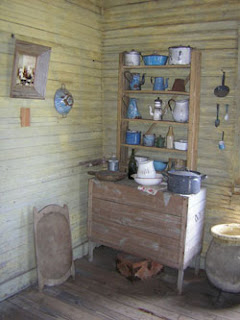 This same ‘Laura Lady’ branded a slave on his forehead. The slave ran away so she sent a group of hunters after him. They brought him back and she branded him so that every one would know who he belonged to.

Amazing that such things were allowed to happen!  But then I think the English were doing similar things in other parts of the world!

The photos here are of the areas and remaining slave areas at the back of the plantation house. The first thing you would have seen was the large gardens for growing food for the owner family and the plantation slaves. In the centre was a large kitchen and dining area. 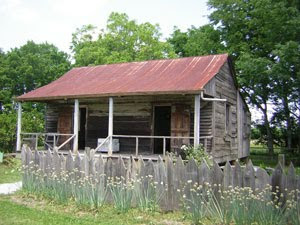 An interesting organisation and division of labour. 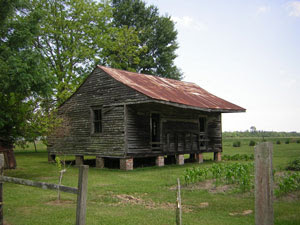 There were hundreds of small house at the back of the plantation house. Each one house two slave families and had two rooms and a porch. Later a third room was added to some slave houses.

Most of them have burnt down, or fallen down. The ‘Laura Plantation’ is known for having preserved some of the slave houses and larger buildings used to store things. You can see these in the photos here.

Compare to the rooms in the plantation house!