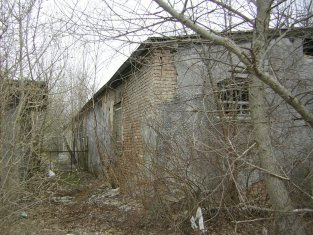 The military connection to Wünsdorf began in 1904 and ended in 1994. Ninety years as the home of military High Commands. A relationship making it unique in the history of Germany.

In 1904. the Kaiser and his military advisors decided to make Wünsdorf the home of the High Command and so began a long period of building. Railway lines and stations were built and connected, homes for servants, staff and soldiers were built, training grounds set out and communication lines including telephone were installed. 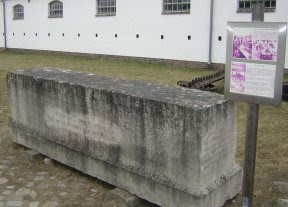 From Wünsdorf, the Generals and Field Marshals making up the High Command planned and organised campaigns in the First World War (1914 – 1918).

It was also a training ground for new recruits and in 1916 it added a prisoner-of-war section. This housed 6,000 prisoners, mainly captured soldiers from the French and British armies who were Muslim.

A policy of treating them better than standard prisoners was followed in order to win them over to the German side and so get them to fight in the German armies. The first mosque in German was built there to show goodwill towards these prisoners. 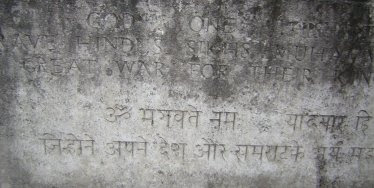 In 1918, the English Queen donated a memorial stone to the site to commemorate these prisoners and those who died there. It is now in the area where prisoners then lived in barracks and washed their clothes. It is in English and Hindi but dedicated to the ‘brave Muslims, Sikhs, Hindus who gave their lives for King and country’.

I checked both languages and they said the same! The Hindi one starts with the words ‘Ohm Bhagvan’ which is the name for God when you start to pray!  Check it yourself if you don’t believe me 🙂 and on the last line you can read ‘Zindone – aapne desh aur  samgath ke liea = in life for their country…..’