No, it is not a language! It is a computer operating system. Most people have machines running WIndows from Microsoft, a few have a Mac from Apple and a growing number are using one of the Lynux based systems, such as Ubuntu. 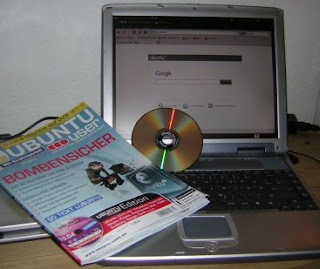 When I stayed with Neil and Barbara, I talked to their eldest son Harry (a computer ‘boffin’)  about putting Ubuntu onto my Asus Netbook. It was running a Lynux system but it needed updating. Neil and Harry installed Ubuntu and I had no problems with it. 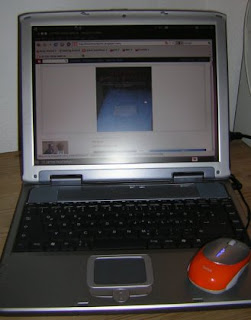 This made me think about learning more about Ubuntu so I bought a special magazine with a DVD and information about how to install and run programmes. I installed it onto the old laptop used by many students, and later by Daniel and Micha, which was gathering dust on a shelf.

I started the installation at my ‘Internet für Senioren Club’ where Ines, the teacher, kept  a watchful eye on events in case I needed help. I didn’t – I just followed the instructions and that was it.

I brought it home and added access to my WLAN and ‘bingo’ it went straight on to the internet. You can see this in the photos. If you need to update then think about changing to Ubuntu. It is also free and with a three year guarantee of updates and security. Not a bad offer!