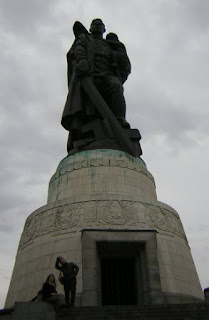 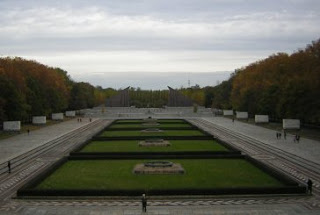 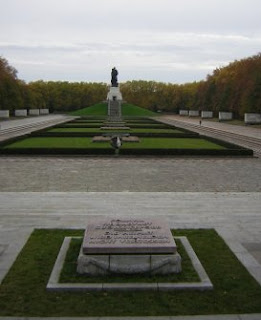 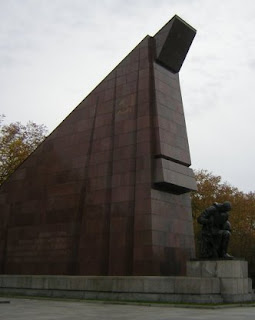 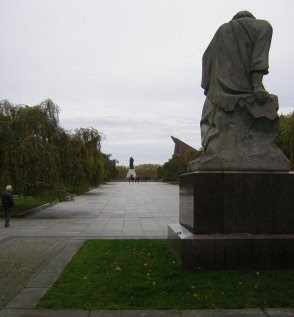 I visited Treptow Park this afternoon.
I mentioned coincidence in my last blog about my neighbour and we have another one. I got a call from ‘Oldie’ Hermann asking me what I was doing this afternoon. I said, ‘Nothing’. So he said, ‘Okay, we’ll go to Treptow Park. The maintenance work on the Soviet Memorial is over and we can now visit it’. So I put my camera in my rucksack and off I went.

The memorial was opened on my birthday in 1949. In the picture you can see the soldier on a plinth on a mound. The mound contains the bodies of 2,000 Soviet soldiers. In the green areas in front are the remains of another 7,000 soldiers. They are some of the 26,000 Soviet soldiers who died capturing Berlin. It is the biggest memorial to Soviet soldiers outside Russia and is maintained by the German government.

It is a moving experience to go there and shows that there is more to see in Berlin than the Brandenburg Gate and Reichstag. As I walked in the memorial area. I thought of my neighbour who I had had coffee with a day earlier and listened to her talking about her husband and his death returning home from a Russian prisoner of war camp in 1947. What a coincidence that I should experience both in one weekend.