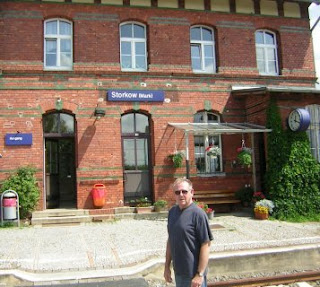 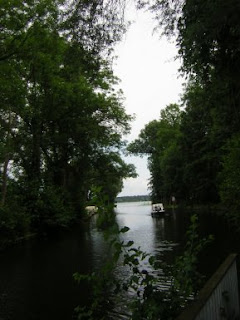 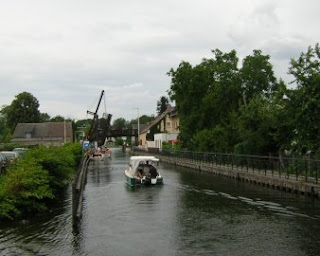 I went there yesterday with Hermann. A quick decision for we had planned a longer day out but the weather was rather changeable so we did a shorter tour.

We took a little train owned by a private company called ODEG and one hour later stepped out at Storkow(Mark). I had never heard of it before and Hermann had never been there, but said it was a typical small Brandenburg town situated on the north of a long lake, which is one of a series to the south of Berlin.

It was a good decision and I really liked the Old Market Place dominated by a 400 year old oak tree in the middle. Lots of water around the place and two streams run through the town into the lake and there is a connection to the canal which will take boats north to Berlin.

One photo is arriving at the station, one as you enter the lake from the canal connection and the third is of a bridge which opens to let boats through then into a lock as they journey north. I can recommend a day there and plan to take the train again to see other small towns on the route to Frankfurt-Oder on the Polish border.