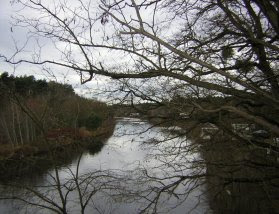 Last Sunday the sun shone and we had temperatures as high as 18°C in and around Berlin. Not at all usual for the time of the year. It was a reason for thousands of Berliners to leave their homes and take in some fresh air and exercise. I got a call from one of my Oldie Groups to ask if I wanted to join them on a walk to Stahnsdorf.

I said;”Yes”, without knowing where and what it was! I got on a very full regional train at my local station and noticed that every second person was an ‘Oldie’. They were the ones who were the first to open their picnic packs and start munching – even though we were only 10 minutes from the start! 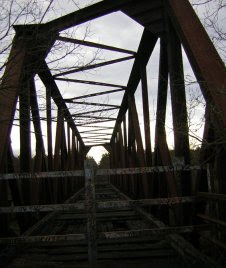 We later arrived at Wannsee and waited for others who were arriving by S-Bahn. There were eleven of us and so off we went on a trail to the south and then the west towards Potsdam. We followed the track of a railway that was built in 1913 just to take people from the Wannsee station to ‘Sudwest Kirchhof Stahnsdorf’.

The novel idea was that this one was created as a planned landscape. I must admit that the concept works really well even one hundred years later. 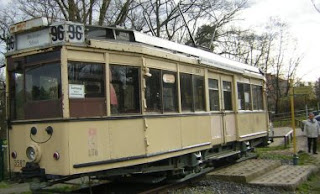 The little railway was discontinued in 1976 and the tracks removed on the orders of the DDR Government. This was because they ran from the West to the East of Berlin which was then, of course,  blocked by the Berlin Wall. We followed the trail until we got to the old bridge taking the tracks over the canal. Surprise! It was blocked and with signs saying it was dangerous to try to cross. 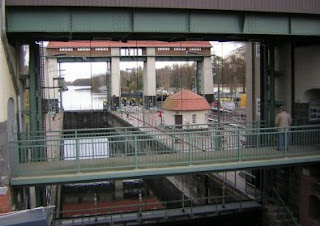 Not being crazy heroes, we took the easy solution and that was to walk down the canal until we reached the bridge at the ship-lift. Also built about the same time. It connected water traffic between the Oder and Poland with the River Havel and then onto the Elbe and the port of Hamburg.

I liked the old tram on display so took a photo. At this point we went into a restaurant for a coffee break and snack. 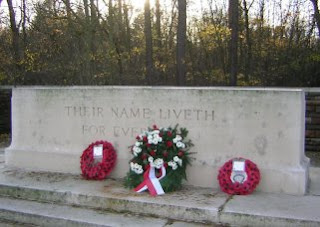 When we arrived at the cemetery I was surprised to see so many people there. Then I heard that it was Remembrance Sunday. I also noticed a group of elderly men at the entrance wearing full Scottish dress including kilt and lots of medals. I talked to a few and they were there to lay wreaths and play a lament on the bagpipes. 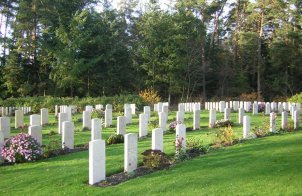 Why at this cemetery I asked them. They said there was a large section where soldiers from the First World War were buried and they were there to honour them.

I left them and walked around. In addition to the war section I saw some graves of many famous Germans including Werner von Siemens who founded the firm that still carries his name. 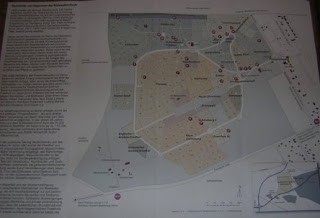 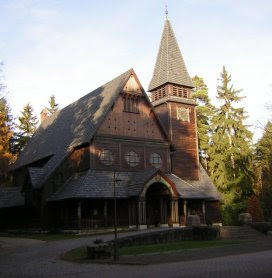 Others were Zille, Langenscheidt, Richthofen, Ullstein, Fontane, Humperdinck in addition to many other famous writers, scientists, playwrights and actors.

A very interesting day indeed and one I would never have thought of on my own. That is one benefit of being in Oldie groups – someone always has a good idea where to travel to.