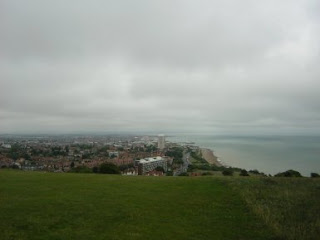 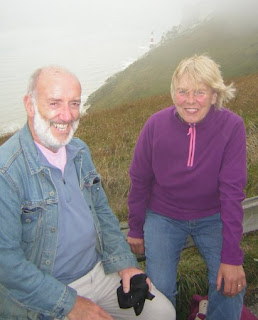 I left Hook on the road I had used to arrive four days earlier. I ended up in Ringmer north of Lewes to spend a few days with Neil and Barbara. The last time we met was years ago when they arrived in Berlin and I took them to Potsdam.

The ‘boys’ are all now big and only the youngest still lives at home. He was helping Neil to put down a wooden floor in the hobby/music room when I arrived. Barbara had told them I was coming so sons 1 and 2 duly arrived in time for evening dinner. Barbara had lost none of her cooking talents. I helped by providing a few glasses of wine! 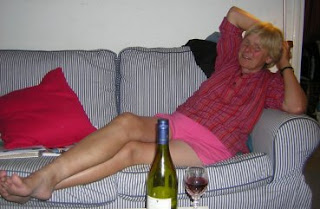 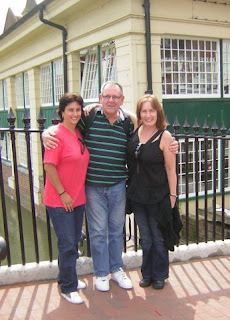 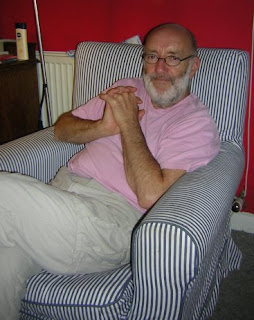 After dinner, Neil and eldest son Harry checked my baby Asus netbook and advised me to load Linux Ubuntu as the OS. I agreed and have since found it much better than the Linux used by Asus. I’m sill learning but it was a good move.

We had a nice day out taking in Eastbourne where we looked at the coast, and parts of the inner town. In the evening we relaxed over a meal and bottle and I took a few more photos – I had Trish in mind as we did this!

I discovered that Family Bridge were not in London, as I thought when I left Berlin. Birgit and Ian were also not there and Sarah and Reena were having a break in Brighton so I cancelled my planned visit to London.

Instead we met Sarah and Reena in Lewes and had a really nice chat and catching up with news and I decided to stay another day at Ringmer.

On the extra day I went to Sussex University and will tell you about it in my next post.