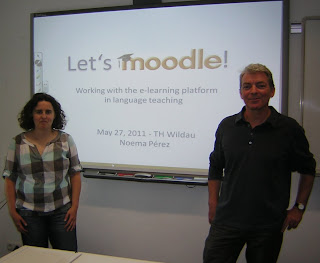 I have just got back from a Moodle workshop. Can I hear you asking what a Moodle is?

It is a ‘virtual learning environment’. It is a free source e-learning software platform for educators to create online courses. Now you know!

It was held at the Hochschule Wildau, which is on the S-Bahn line to the south of Berlin, and lies in Brandenburg. I have been to a number of workshops there and always enjoyed the learning atmosphere. 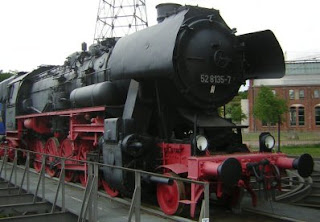 It was organised by Martin, who I used to work with at the British Council years ago, and given by Noema. She spoke in German, Spanish and English to cover the languages of the participants. And she did it flawlessly.

It was very interesting and I now have access to their platform, so I can practice from home. Learning even more! Here is a pic of our hosts, plus pics of a train at the entrance to the Hochschule.