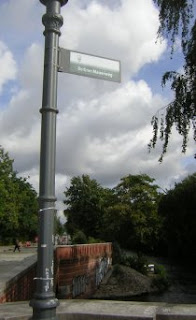 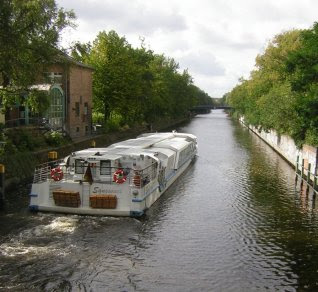 Yesterday I went on the third part of a walk along the route where the Berlin Wall was erected. I missed part 2 (I was in New Orleans) but hope this will be later repeated.

It was a small group with only a few ‘oldies’ – but we were able to keep up!

We met at U-Bahn Schleschisches Tor. It is also where I go for my Friday Photoshop course! Welcomes over, we started along the route. 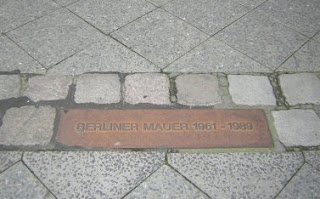 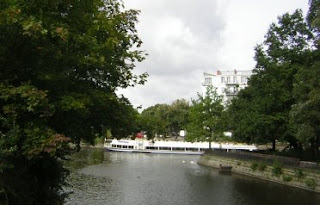 I found the demarcation lines of the local districts of Berlin to be almost unbelievable – but they were for real!

For example, between Treptow (east) and Neue Kölln (west) so that it was placed against a pavement only three feet away from the wall of a block of flats!

It also went along lots of water, including canals linking the river Spree, which runs through Berlin. I took a mixture of views along this part of the ex- Mauer/Berlin Wall for the different perspectives they offer of the city and its division.