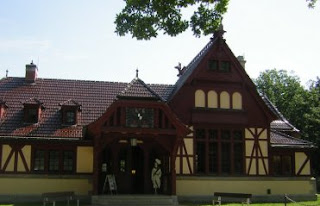 Joachimsthal is a small town to the north of Berlin. Get on a train and go to Bernau then on to Eberswalde then a bit more. Get out at the station just before Joachimstal, called ‘Der Kaiserbahnhof Schorfheide’, and you will be pleasantly surprised. 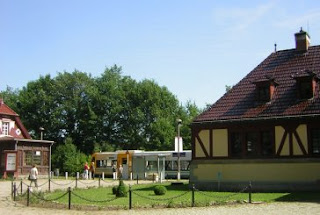 It is in the middle of a large rural area famous for deer and hunting. The German Kaisers did it, so did a certain H. Goering some years later to be followed by Herr Honecker. The haunt of Monarchs, Nazis and small Stalinist Dictators, who all shared an interest in shooting animals which could not shoot back! 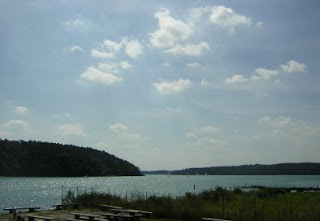 The ‘Kaiserbahnhof’ was constructed in 1898, on the orders of the last German Kaiser, Wilhelm II, and was originally called the ‘Kaiserspavillon’. It was simply to be a place where he could relax when he got out of his private train before starting to hunt.

The main room was for his ‘staff’ and to one side is a smaller room just for Wilhelm. Nice! I wonder if he had a few snorts of something before loading his gun?

It is the only one of its kind to survive intact and that is why it is a special draw for tourists. The area around is really spectacular and you need lots of time to explore. Fortunately, you can hire bicycles at the railway station – in case you have not brought your own. I had a memorable day made even better by the taste of a local fish from the nearby lake!