Flying to France early tomorrow
Off to Nice to spend a week with Hannelore and Peter. It is exactly one year since they left Berlin to retire to their house in a village of 700 people to the south-west of Nice, not too far from the coast.

I hope to post to this blog on my return, but my diary looks very full already. If not, then I’ll post from the USA, or on my return on 1 July. 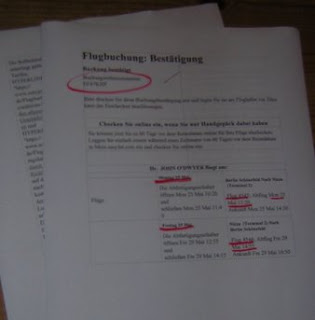 I’m going to France
Yes, following the meal with Nicole, I called Hannelore and Peter at their house in a village of 600 people in the south of France near to the Riviera. They were really pleased to talk to me and insisted that I come to visit them.

I suggested the end of May because the weather will not be too hot so I’m flying to Nice on the 24th May for a week. I’m looking forward to seeing the scenery and going to the coast with them – and seeing Marseilles for the first time.

Now where did I put that French for Tourists book I last used when I went on a skiing holiday in the French Alps! I wonder if it is in my skiing clothes bag?