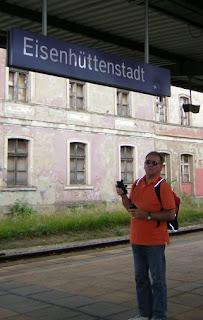 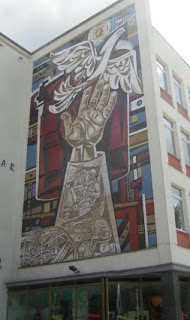 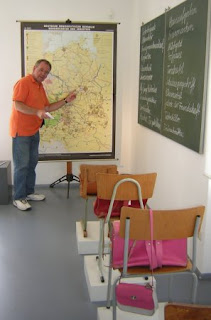 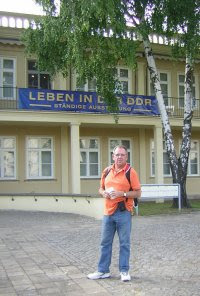 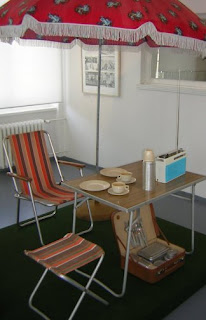 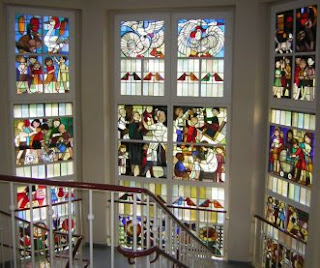 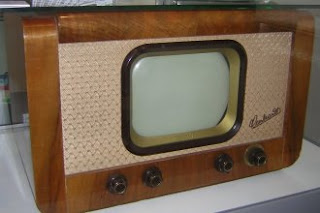 A day in Eisenhüttenstadt

Last Friday I had a really great day exploring a town called Eisenhüttenstadt. Where and why should anyone go there? From Berlin with the autobahn or railway you go east until you hit the river Oder at Frankfurt-Oder then head south a bit and you are there! I went there just after I arrived in Berlin and have distant memories of the steelworks and that the town was then closing down – it was!

I later heard that the town was making a recovery so decided to explore. I was very surprised at what I saw. The town is really three parts in one hiding behind 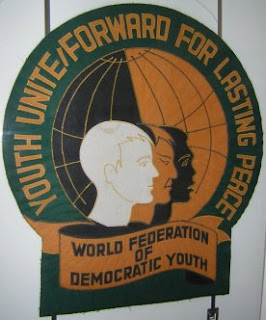 interesting name. The old town on the river was founded by German immigrants in 1250 and called Fürstenberg. It slumbered on for centuries with the locals earning a living from agriculture and fishing.

In the late 1940’s a decision was made to expand the town so a new section was created to the west of the old centre. It was given the name of Eisenhüttenstadt in 1961 as the first section of the steel works started production. To house the new workers four story blocks of flats were built in the style called ‘Stalin Allee’ after the famous street in Berlin built at the same time. They are now protected buildings and people visit to look at the architectural style.

The Eisenhüttenstadt museum is in the middle of this early 1950’s new town and has a display under the theme of ‘Living in the DDR’ in two parts. One is about furniture, clothes, cars, TVs, radio, food and drink, clothes, music, films, work, schools and how society was organised. My favourite picture is of the first Robotron Computer, and all the instructions and keys were written in English = they were a copy of what was happening in the ‘Wicked West’. The second is about how people relaxed and what they did on holiday. I think you can see the different themes in my photos.

The third aspect of the town is the steelworks that were built in the 1950s, then expanded in the late 1960s and again in the early 1980s. It was the major steel producing centre in the DDR with a large part of production going to the auto industry. This collapsed after re-unification in 1990, and the population is now only half it was then. Part of the steel works were sold to an international company and is still in business. The rest was closed down and the people left. The town is now trying to create new businesses and one is to promote tourism – hence the museum and events to bring tourists there from other parts of the country. I can recommend a visit!