Since my return from England I seem to have dozed my way through November and next week offers little prospect of change. I am not complaining but I have to get used to the less hectic and active days of summer, and of my ex-working week. 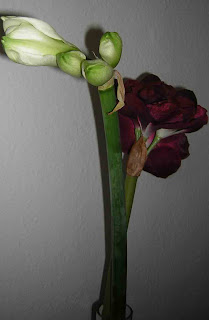 I visit Hans each week and sometimes he seems to make progress. I took him to the local airport and gathered brochures for his next holiday. He wants to go to Morocco next May. We are now busy going through all the offers. He wants to go on a 7-Day Tour but I am not sure he will be able to cope with the constant travel. I need to talk to his helpers in the office about this.

I went to a local (two minutes from my place)  ‘Senioren Compterkurs’ with Micha last Wednesday. I wrote notes as he listened to the teacher and did what she told the Oldies to do. He did very well but I noted his problem with concentration and looking at the screen. It was an internet course and at the end he had created his own e-mail account. I shall be going with him to lesson 2 this Wednesday. 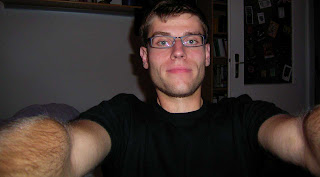 Next week Jan and Arancha are jetting into Berlin for a long weekend. He has to pick up his two degrees for the University of Braunschweig. I hope they have enough time to make an appearance here.  I also get a surprise e-mail from Peter von Long-Legs. He sent a photo to show he was still alive and kicking, which I have reduced and added to this report. He is fine and doing very well with his studies at the University of Potsdam. After getting his Diplom he is now studying for his Ph.D and even been appointed one of two helpers to the Professor. Congratulations Peter!

I got some nice flowers recently – very unusual long things and I have no idea what it/they are called.  Now back to dozing through what remains of November and will post news at the start of December. Bis dann!