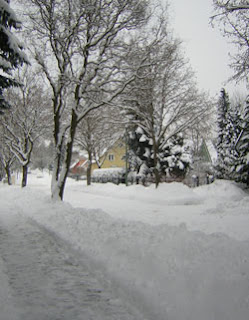 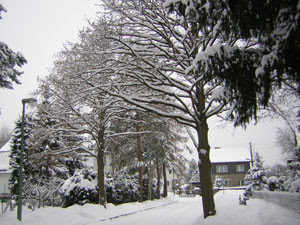 I have never seen so much snow in Berlin during December. The Profi-Forecasters say there will be much more in a long and hard winter. Some pundits on the radio put it all down to a weakening of the Gulf Stream as a result of Global Warming.

They reason that the Gulf Stream is not carrying the warm water/weather to the west of Europe to counter the winter blasts coming down from the north pole, over Scandinavia, and the western parts of Russia.

I would love to travel around Russia, and see cities like Moscow and Leningrad/St. Petersburg – but not in the middle of winter. Mid-summer sounds like a better idea! I wonder if they would accept me as a tourist given that I do not like vodka?! 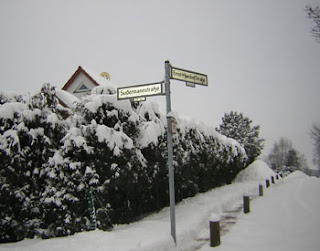 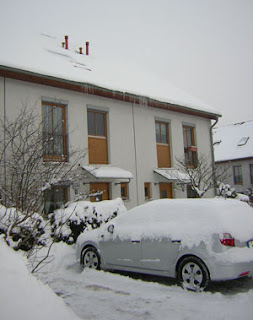 I took some photos to show you what it is like at the moment. Last night we had -17°C in my part of Berlin. Fortunately my heating system is working okay. I also bought a new thick woolly hat,  and gloves, yesterday. I look like ‘A Thing’ peering out through glasses, but they are just  right for this weather.

Two days ago I visited Mathias and Sylvana. It is one street behind the one where Jan’s mother lives. I took a photo to prove I was there. Actually, that was not the reason. I just wanted to have other photos of this winter in Berlin.

I had a great time seeing them and I got a present of a ticket to a concert in February. Beethoven and Bruckner are on the programme. Two of my favourite composers. They will also be with me in the concert. Thanks both and good luck Mathias on the 7th January. I shall keep my fingers crossed!