Cycling on the Mississippi 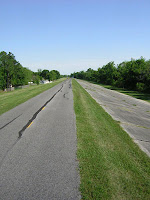 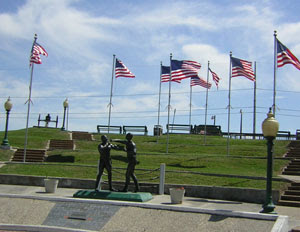 I hi-jacked Tony’s bicycle and set of to explore more of the city on two wheels. One day I headed out west along the bicycle track on the northern bank of the river. A wonderful day.  The sun shone and I had lots of talks with local people. They were very talkative and relaxed in conversation 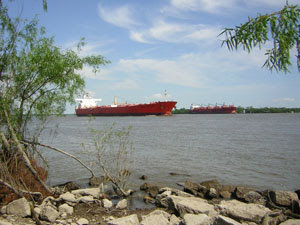 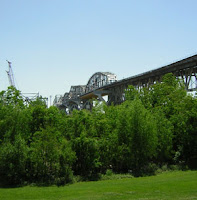 I slowly cycled on the path. It is built on what is locally called a ‘levy’. It is just an elevated bank of the river reinforced to withstand storms and floods. Most collapsed in 2005, due to neglect of repair and maintenance. 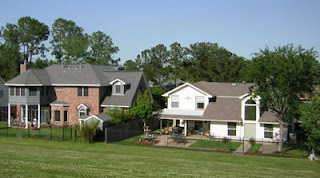 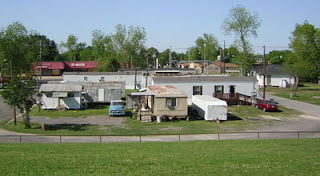 My target was to reach Kenner where the cycle path stopped. I met a very nice women there and later had a good late lunch in a restaurant run by another very nice lady.

Do you know where the first professional boxing match took place? It was at Kenner! I can’t remember when for sure. I think it was about 1870. Both were men from the UK, with the winner take all and the loser having nothing. Sounds like modern day investment bankers!

I took some photos including different kinds of house I found along the way. Poor and not-so-poor.