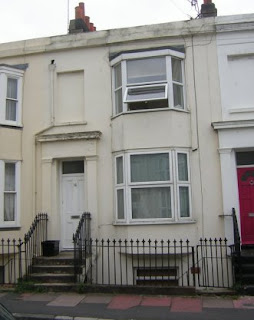 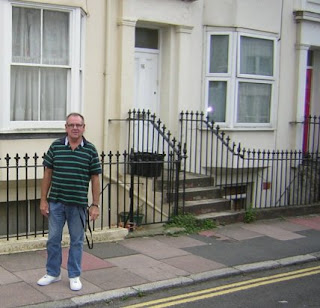 I decided to spend my extra day with Neil and Barbara by exploring bits if Brighton I had not seen for a good 25 years. I drove into Brighton and past the school, on the right,  where I studied for my teaching qualification as a means to escape from England and get into Germany. On the left was the school where I taught Germans before going there. Lots of memories flooding back. 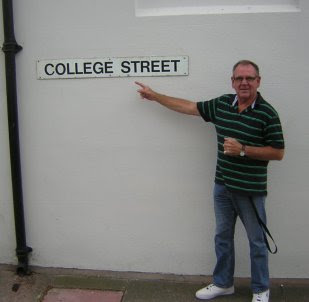 I hit the seafront and turned left. Drove on and then left again and first right. I hadn’t forgotten the directions. Eventually I arrived at College Street in the district of Kemp Town where I used to live. The house is No. 16 and it didn’t look very different from my days there.

When I first went to Sussex University I lived Park Village in one of the Halls of Residence. In my final year I lived in the home of Mick Johnson = 16 College Street.

What an interesting time that was for me. Mick had since sold the house and retired to London. Memories of life then came flooding back as I walked down the road and stopped outside the house. 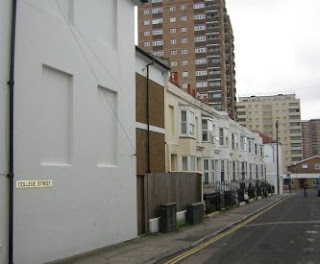 I remembered how I needed money to finance my life style and my two old cars. Plus parties and life with Sally and Trish.. and …and!  I worked as a packer and driver at a local baker’s to finance it all.

I had to find a way of gutting the material to write the essays  I had to do and this technique later helped me.

I remembered Mick telling me it was time to end the job as I got into the finals – which I did. 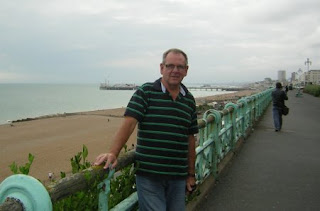 Memories! I remember thinking — What if I had…. and, If only I had done/not done……Too late. It is all 25 years behind me now.

Even so it was important to return to the area and think again about an informative and important part of my life.

Pity that Mick had sold the house for it would have been interesting to have knocked on the door and been invited in for tea and a chat!