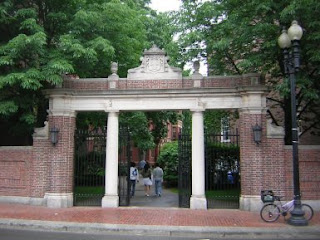 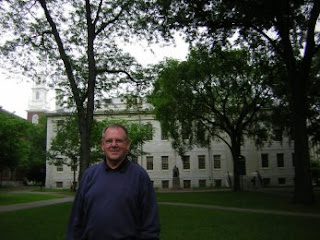 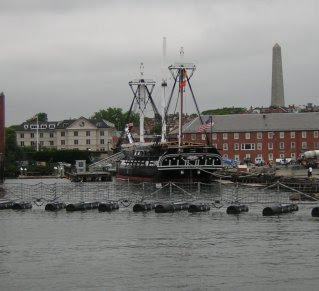 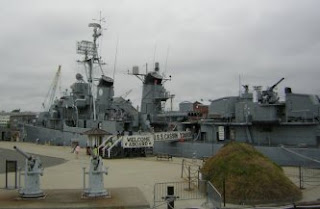 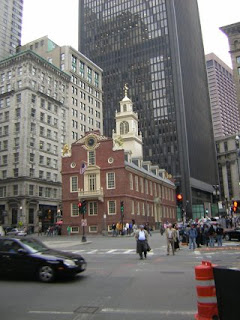 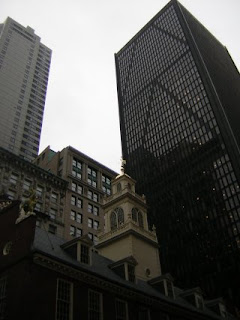 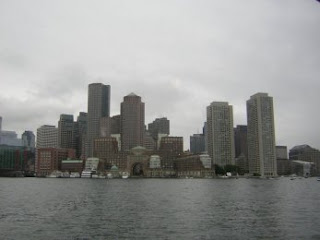 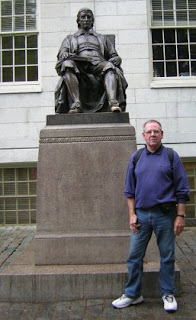 to West Kingston railway station and there I caught an Amtrak train to Boston. That was interesting in itself for I had never been in an American train before. The were wider than I imagined, the seats were roomy and comfortable and I could see more than when driving.

Boston is built on the sea front, which with its sea trade and shipping history is similar to New York. Even some of the skyscrapers are nearly as high! The weather was not very good but I still had a really nice day travelling around and even managed to work out how to use the underground trains and so ended up in Harvard university.

I started by booking a tour at the station ( I bought a ‘Charlie Card’) and shortly after a small tourist bus arrived and off I went. We slowly travelled around all the inner city sites of interest and history and could get on and off to spend more time viewing, and then hop onto the next bus. I broke my tour to go to the pier and take a tour of the harbour – all in the tour price – so here are some shots of the waterfront, city areas and two ships open to tourists.

One photo is of the entrance to Harvard University and one of me with John Harvard – the founder. I spent some time in the uni bookshop tea-room and really liked the atmosphere there. I could have spent more time but I decided to return to the centre and continue my tour including Beacon Hill and Charles street to see where the rich lived and shopped and to see the state parliament buildings. I saw the public gardens and common on Newbury Street but couldn’t get up to the north to see the Italian section of town. I walked on most of the ‘Freedom Trial’ which starts at State House and goes ‘downtown’ taking in all the sights.

The return train journey was nice because I sat in the special ‘Quiet-Car’ in which no-one is allowed to use a mobile phone – and it is controlled by the conductor who asks anyone to leave who breaks the rule. I wish we had that on the S- and U-Bahn system in Berlin. I had time to reflect on the day and was happy to see Jan waiting for me at the station. On the way home we bought fresh food, cooked it and then we watched the last basketball game of the season. He had to explain to me what was happening, but I slowly began to enjoy this strange game.