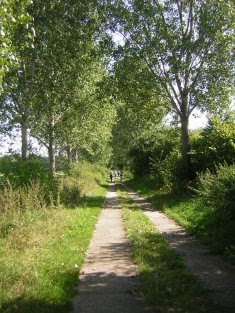 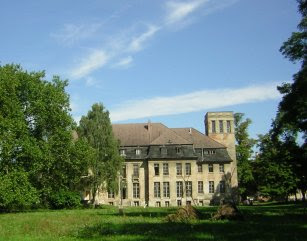 Last Sunday I joined a group of ‘oldies’ and set off towards Bernau. It is a town north of Berlin and I ended my career there a few years ago at an institute which combined language teaching with computers. Oh, happy days!

We left the S-Bahn one stop before Bernau and started our walk. We went through fields and woods in late summer sun and blue skies. The perfect conditions for such a walk. I took the photos you can see as we walked to the Schloß. 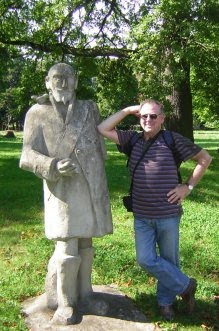 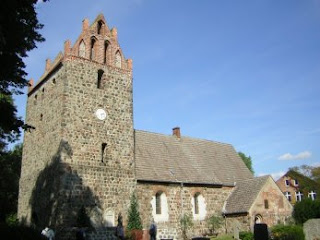 We finally arrived at the small village of Börnicke to find an interesting Schloß in very sad circumstances. The gardens are nice and there is now a ‘bio-garten’ in part of the Schloß gardens, but the Schloß is very ‘fallen down’. It has now been taken over by a group who are trying to restore it to its ‘former glory’.

The history of the village and the house starts in the 9th century when a fortified village was recorded on the site. Later it developed into a village housing the farmers who worked on the land, including that of the families who owned most of it, and so could finance the Schloß, and its way of life. 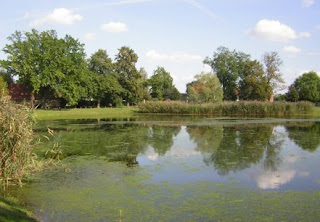 In 1892, Ernst Mendelssohn-Bartholdy inherited the house and grounds. He was a rich banker but is better known as the nephew of the composer Felix Mendelssohn. In 1910, his son Paul commissioned an architect to re-design the house and so it was re-built in the style you see it now.

Alas, the family had to flee to the USA (1933) to survive. Later it was taken over as a home for the disabled by the East German state and then became derelict in 1990. It was  taken over by a group to rescue old buildings in 2003, and they are still raising money to invest in repairing the building as part of the history of the area. 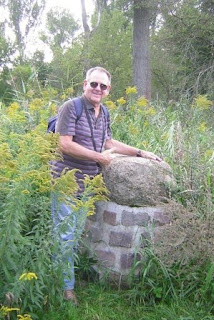 I found it all very interesting and talked to local people about the history of the village and house as I ate a tasty hot snack. After this break, we started our walk towards Bernau which took us along a very old  track through the woods. Finally, we came to the outskirts of Bernau to discover the source of the river Panke.

You can see a photo of me next to a pile of bricks. When you put your ear to this you can hear the sound of running water. This is where the river begins. Nearby is a pond which collects water and then sends it south towards the river Spree and this is the source of the river Panke.

There we had a welcome stop for a glass of good German beer plus traditional food. We also had some interesting discussions before we wandered  to the railway station and our train back to Berlin. A really great day and I learnt even more about the history of the area around Berlin.