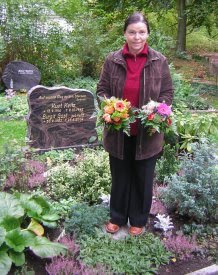 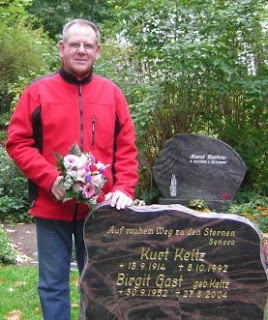 I met Heike at the usual S-Bahn station, then bought flowers and went to Birgit’s grave. Their father, Kurt, is also buried there and it was his anniversary as well, so Heike placed two bouquets of flowers. It is still a shock even after four years.

After, we had lunch in the Bömische Restaurant near my place. Heike likes to have lunch there when she visits me in Berlin. We were joined by Dr. Birgit and later by Marita, who we hadn’t seen for a long time. It was nice to meet up again and catch up on news.