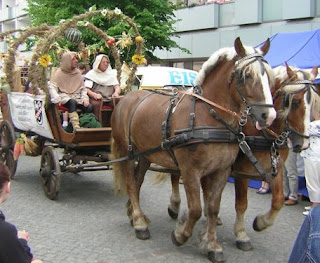 I went to the Hussite Fest at Bernau today. I have been there before and even posted reports and photos on this blog. I haven’t been for a couple of years, so I decided to go. The catalyst was Bernd and Kathryn who live near Bernau. Bernd and I worked in Berau for a number of years and we still keep in touch.

Bernd and Kathryn were also looking after a group of students from the USA. They are on a European tour which includes five weeks in Germany. All are studying architecture and most came from a university in Idaho.  I was able to chat to a few as we watched the procession. 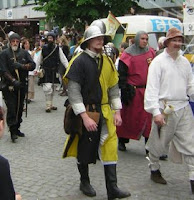 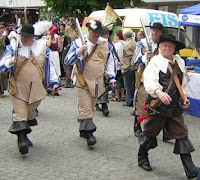 Every year on the second Saturday of June, the good people of Bernau organise and host three days of festivities under the guise of celebrating the towns victory over a rather ragtag army of supporters of Jan Huss who were galloping around the area hoping to find food, drink and any gold objects lacking a clear owner! Actually, it is a big tourist attraction and brings in lots of money for local hotels and restaurants, and places that sell beer! 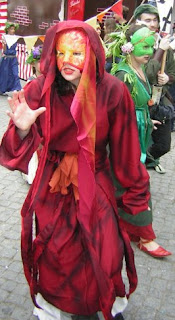 I like it for the fun and good spirits, as well as the beer and wurst!  The procession tells the story of the grounding of the town by ‘Albrecht the Bear’, its expansion, then problems of the plague (Black Death)  and war between the Catholic church and the new protestant rulers of north Germany. 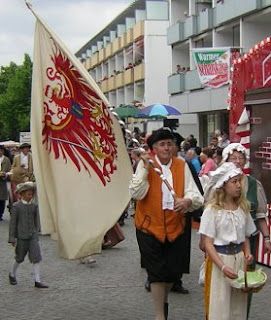 It reduced the population of the town by 80%, but the survivors pushed ahead and slowly rebuilt the town and added many features over the centuries. It also says something about the history of Land Brandenburg and the later Kingdom of Prussia. 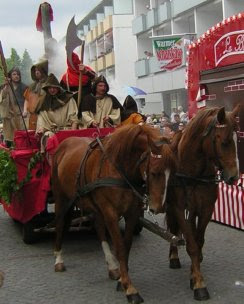 There are lots of stalls selling many things related to the events – particularly local wurst and beer. I sampled both before I returned to Berlin. A nice day. 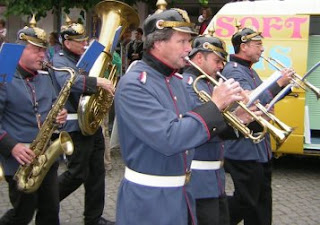 Tomorrow I am off to Neuruppin, before I settle in front of my TV to watch the German national football team play its first match in the World Championship in South Africa.