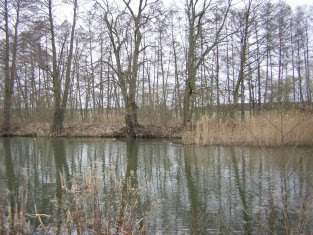 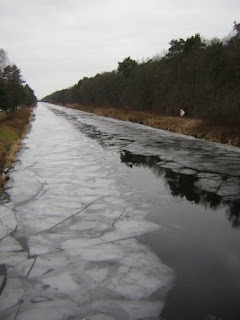 Stefan complained last Tuesday, and again today, that I had not updated my blog. He was/is right! Sorry Stefan and others who have looked for news and found ‘old’ news. 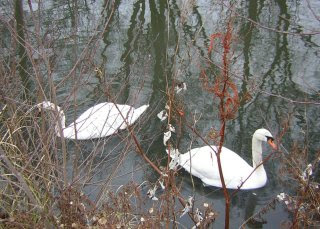 Last weekend the telephone rang to say that the weather was okay for a walk. I met a few other brave walkers and off we went. 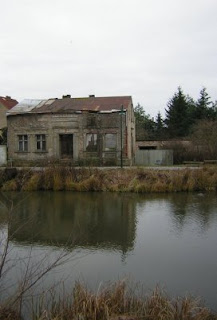 We went to an area north of Berlin that I didn’t know. We got out at Zepernick just south of Bernau, where I used to work. We then got into a small local train and after some time we got out at a place I didn’t know.

We walked along an old canal that went north-south and is no longer used. The east-west Finow canal overtook it in terms of trade and volume of traffic. There is a very long street made up of family houses in a ‘ribbon development’ built along the canal. 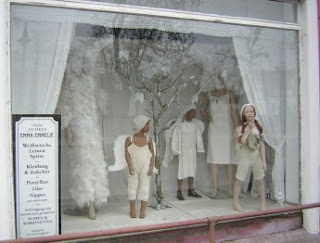 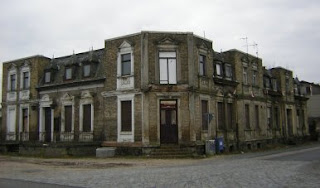 I noted that some of the houses were abandoned and in a state of falling down. I asked my fellow walkers and they thought they had been abandoned after re-unification in 1989-90. 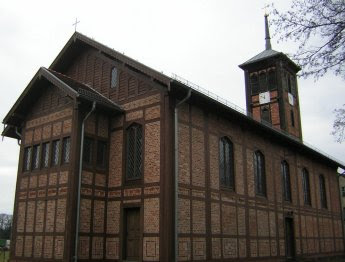 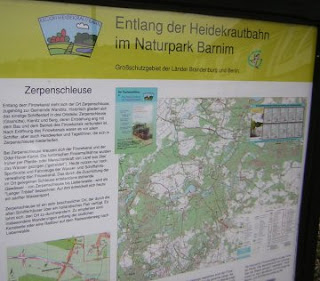 There was also an interesting shop window of dresses and underwear for kids and mothers. Never seen anything like that before! 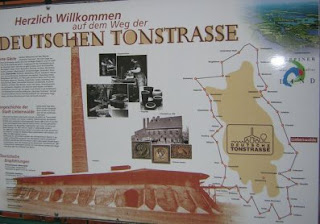 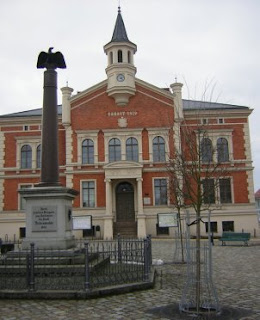 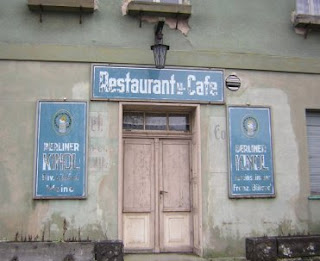 So we walked on, and on, and finally reached out destination. It was a town called Liebenwald. It was closed!  We went to a restaurant to find it closed, then to another and another. The same result. We gave up and went to the bus stop. Fortunately we only had to wait 30 minutes for the next bus. 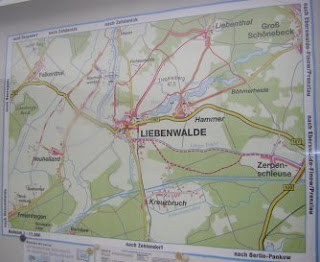 When the train arrived a women got out just before the platform/road with a flag. There was no barrier so she gently and slowly guided the train to the platform. Amazing! 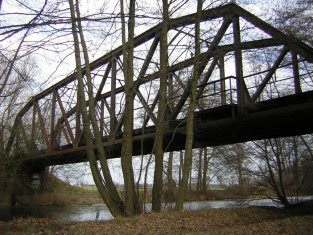 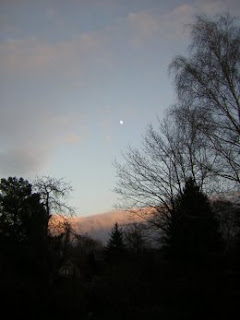 We slowly made out way back to Berlin and got out at station ‘Gesundbrunnen’. The group leader said he knew of a restaurant where we could get good food and not too expensive. The restaurant was closed for a private party! That was it.

We decided it was just not our day for having a meal and went our separate ways home. Even so, I really enjoyed the day and decided to return in summer with my bicycle. The area has lots of walking and cycling paths.