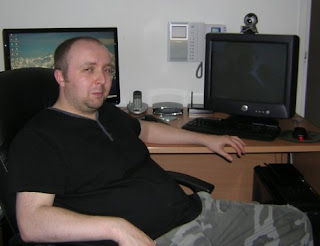 On my first evening I went to cousin Barbara’s and had a great evening with Fran and Rachel looking through all the old family photographs collected by Barbara.

We also sipped a nice glass of wine or two! Marley the dog went crazy when I arrived, as usual, then settled down to dozing after a short time. Seems like I put dogs as well as people to sleep after a short time these days! 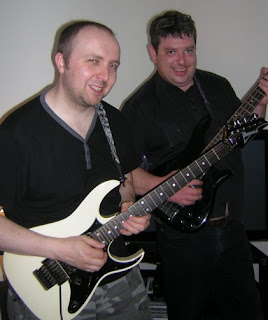 It was a great evening and I wish I had taken some photos – but I didn’t!  Next day I galloped around Silsden and Keighley including a stop at the North Street Fish ‘n Chippie! Mmmmmh…delicious. I also took in my banks and a few other stops before landing at Alex’s new ‘pad’ somewhere near Shipley.

Alex is a long time friend of Warren and fellow sufferer. We had talked on the telephone and exchanged e-mails about their planned visit to Berlin last May, but I had never actually met him, so we jumped into Warren’s Ford and off we went. 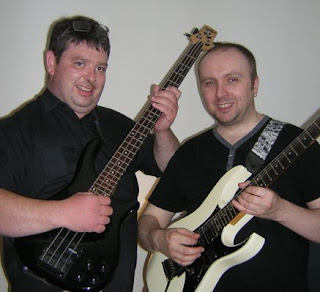 Really warm welcome at Alex’s flat. He had moved in only a week or so ago but it was very tidy and well organised. I found Alex very friendly and easy to get on with from the first minute. We quickly poured something into glasses and started chatting  — which wandered over many topics.

We covered life in  Berlin,  computers, the internet and different programmes. Alex is a ‘Fachmann’ in such things and even builds his own computers – as you can see from a couple of the photos. We talked a lot about the problems on my ‘Baby-Laptop’ and discovered the solution was to add new code to the OS. No thanks was our response, so we left it as it was and had another glass!

A really nice evening and some great photos to remind me of interesting discussions and amazing machines – both computers and things musical! You can see this for yourself in the photos.