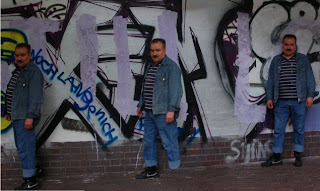 How can you have the same person three times in one photograph! Can I hear anyone saying, ‘Not possible, can’t be done!’ 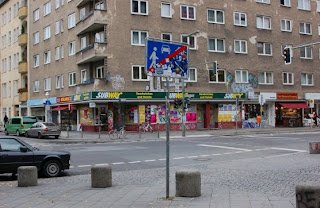 It can, and I did it last Friday at the Photoshop lesson. We had three photographs of our gardener against the same wall and in a short time I had him in one and not in two. I wonder if Harry Potter could do that?

We followed that with a street scene a few minutes from our centre. We had ten photographs of the crossroads with lots of traffic and people and our task was to remove all except the parked cars.

This needed more attention and clicks then yes, all gone! Magic isn’t it? The things that pensioners do!