AWO is short for Arbeiterwohlfahrt which means Workers‘ Welfare Association. I am a member and yesterday got their magazine covering activities during the year. On the front page was this picture of a little boy with his teddy 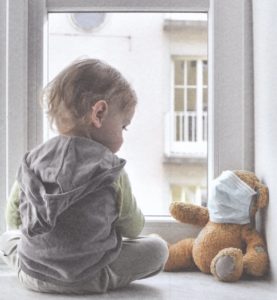 bear. I have to smile every time I see it and so I decided to share with you so you could also smile

The AWO has strong historical and current links to the SPD. It was founded by Marie Juchacz (1879-1956) on 13. December 1919. She was an SPD activist, fighter for womens rights, promoting the welfare of the working class and advancing their social rights. It now employs 230,000 people, has 74,000 voluntary helpers and 318,000 members. It helps disabled people, children in nursery schools, psychiatric clinics and advice centers for migrants and refugees among other things.

It was founded after the end of WW1 which left many women to look after their families alone and work in factories to get the money to feed their children. It was banned in 1933 when Hitler came to power. It was created again in Hannover in 1946 but only in what became West Germany. It remained banned in the Soviet occupied zone and later in the DDR. With the fall of the wall it opened in Feb. 1990 after 57 years of being banned. Its HQ is now in Berlin.