The doorbell rang early yesterday afternoon. It was another visit from The Boyz. First thing was hand washing then off to my local 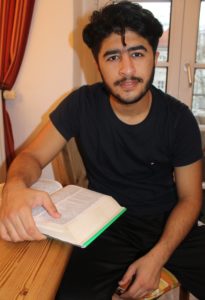 supermarket to buy food and drinks they would need l 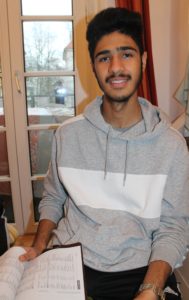 ater. I know them well enough by now that I will later hear the words, ‘Opa, I’m hungry – is there anything to eat?’ They are able to cook for themselves so I just let them get on with it. Yesterday it was fish in batter with a light salad.  They came to practice English.

Bro1 told me that he had French in his college as well as English and German. He said he had given a report in French which was well received by the teacher and fellow students. He said he needed more speaking practice in English. His brother nodded his head in agreement. Having said that, Bro1 said he had to do some written English homework so I put him into a seperate room and started talking to Bro2.

I noted that his confidence to speak English is growing and that he only had a problem with a few words. These were ‘nevertheless’ and the difference between ‘if’ and ‘when’. It took some time to understand the difference but he managed to use them correctly. By then it was time to eat. They enjoyed the fish! More language practice then it was time to pack the bags and head for home. This visit was different from their last one in that they were pushing themslves harder to learn English. I told them to relax but  they just smiled at me and said, ‘Later!’