I shall now try to post the usual monthly review. Let’s start with the beginning of the month. It began with the usual meetings and routine such as Friday morning training with Kerstin and my seniors. I co 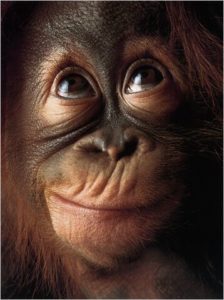 uld not go there this morning because of a strike by the local transport company. I need a tram to get to the building for training. On the 3rd I had a wonderful lunch with my Kowalke Gang. Lots of sipping wine and chat with the meal. We are repeating it tomorrow. Looking forward to that. I met Thorsten on Monday morning to learn more about computers. Next Wednesday I am going to a concert with Jutta and I have a couple of on-line meetings planned for the next few weeks. In two weeks I am meeting my Muggelsee Gang at Harald’s ‘palace’ to the east of Berlin and at the end of the month I am going to a hospital for a check on my skin problems.

Who has a birthday in October?

My nephew Andrew starts the month with his 43rd on the 5th October. Nephew Warren will be 44 on the 12th and back in Berlin Bro2 will be 18 on the 13th. Back to the UK and my sister Frances will be 74 on the 14th. Jumping to Berlin we find that Falk from my Mug Gang has a birthday on the 15th. Marita will be 70 on the 21st. Back to the UK again for Dianne B’s birthday on the 27th followed on day later by ‘Sis’ who will be all of 11 on that day. Tanja over in London ends the month with her birthday on the 31st.  Happy Birthday to each no matter where you live!

October has other memories such as the 11th October. My father’s funeral took place on that day. Tessa would have had a birthday had she lived and Hermann died on that day three years ago. Going to the 29th October it was the day on which my mother died. I had just left the hospital when it happened. She was only 48 and it happened 53 years ago. I have often wondered how my life would have been if she had lived and got old with me.