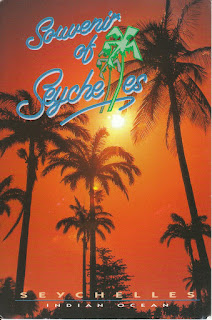 The sun is shining, sky is blue but it is cold. New measures against the spread of coronavirus start today. They include closure of all restaurants, bars, pubs and more police on the streets to check on why people are not at home. Words like ‘lock down’ are being used and ‘hamster shopping’ in TV and radio reports. I hear that there are no toilet rolls or tissues in any of the shops in my area. That means no change since I went shopping last Friday. I had two nice phone calls asking me if I was okay and if I needed help at any time then I had to phone them immediately. Nice offers! 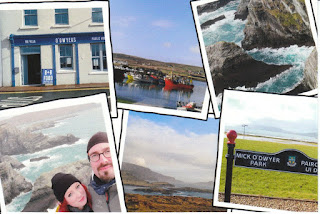 I also got two postcards. One was from Heike who always wanders around the globe on cruise ships. This time it was the Aida starting and ending in Mauritius taking in La Reunion, The Seychelles and Madagaskar. She said the temperature was 30°C and 26°C in the water. Just right for a swim! She didn’t mention the virus and checks on passengers, but then her cruise started in mid-February when the virus was mainly in China. I believe that many cruise ships are now docked in harbours

Max and his ‘better-half’ were also on holiday. They were in the Republic of Ireland. They had a very nice time exploring parts of the country even though the weather was “mostly Irish”. He wrote, “We found footprints of your clan in An Coiaen and a park named after one of yours”. Here they were on the west coast. The traditional O’D lands are further inland but still in the western area of the island. They were part of the Kingdom of Leinster. He said they visited the cliffs at Kerry, the harbour of Portmagee, ate fresh fish, and hiked to Bray Head on Valentina Island. Sounds like they had a great time. Nice places for a holiday – but after the coronavirus has been controlled.