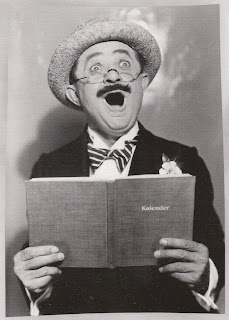 Settling back into routine after the Christmas and New Year breaks. We got news from Colin that all is well with him near to Sydney. The flames have moved to another area. There are forecasts for storms and heavy rains in the UK this evening and tomorrow. Also, of high temperatures and fires in the south of the USA. I am sure you get reports on your national news so I won’t go on. 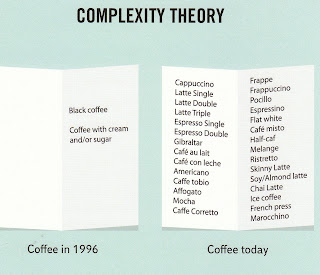 I got a very interesting card from Neil Deane. I’ve posted about him before and now can tell you that he is writing another book. It will probably be completed by late summer and on sale in autumn. Hope to get a first copy to read and write a report – as I have done before. His other job is Prof. of English at Essen University so his time is very limited for writing.

I like his card about the advance of coffee language over the years. It really makes you think. Read the comparisons on the card he sent and judge for yourself. I have also collected more ‘Rubbish English’ over the last couple of months. Most come from interviews with politicians, business people, sport speakers, journalists being interviewed on BBC Radio 4 and a few from The Guardian.

Here goes: mansplaining / manspreading / upskirting/ anthropomorphising / seriously good / a marmite politician / waspy women / to front up / a pledge card / driving through efficiencies / a huge massive thing / I absolutely think…./ an upfront fee / footfall flags / tomorrowness / freeness / deniability / to delay out / that is a big ask / take brexit off the table.  UPDATE: a concerning issue / hugely being damaged / to reach outside the box / impactful / in battlement looking in / a car-crash interview/ it’s less good / it becomes a coin toss / They are the frog in the boiling water/  under what she done/ wokeness has been weaponised / a less big thing / ‘Think Before You Speak’.