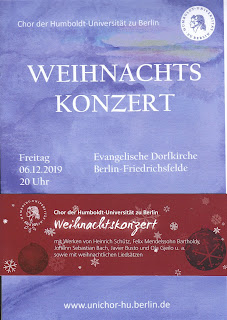 Another mixed week is drawing to a close. It is getting much colder now with minus temperatures at night. My German teacher Barbara is still ill. Her cold has returned and she is taking stronger medicine. Stefan from the Photoshop gang sent out a message this morning saying the session this afternoon would be cancelled for he was ill – again. I have decided to stop attending that group from January. 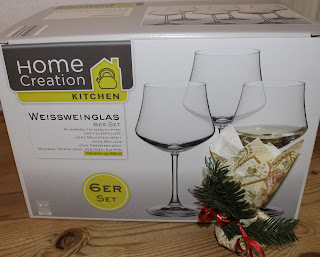 I learnt a few things about how to operate my smartphone last Monday and next Tuesday I am going to a lesson at the AWO. It is called ‘Smartphones for Seniors’! Last Wednesday I met Max and his lady for a late lunch cooked by him. Very tasty and he has a talent for cooking. This morning I went to Kerstin’s Keep Fit Gang and found this little present on my training mat. We each got such a present – it is to do with Advent – and we started the session with a cool glass of sparkling wine 🙂

On  the way home I stopped at Aldi and bought some wine glasses. They were on special offer. I need them over the holiday when I have guests for over the year a number of glasses have been broken, either in use or when washed. In a couple of hours I am meeting Jutta to go to a local church to hear the choir from Humbolt University give a concert of Christmas songs. The start of a nice weekend!

National News: Frau Merkel has just visited Auschwitz for the first time. She was with the Polish Prime Minister and other ministers. She announced a donation of €60 million to a fund which maintains the site. 1,1 million people were killed there – mainly Jews. Just over 2 million people visited it last year with the numbers rising. I visited it many years ago and will never forget it. When I think about what I saw I wonder just how evil people can be to each other.