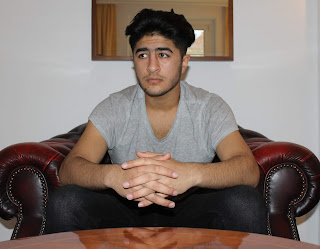 ‘The Boyz’ called me last Friday to ask if they could visit on Sunday afternoon. I said yes and asked if they wanted to do homework. They said they had to do chemistry homework. I asked what they wanted to do later and they said, “chillen”. I said, “What?” They repeated, “chillen” then I remembered it is modern youth ‘Dinglish’ based on the English phrase ‘to chill out’. How languages change! 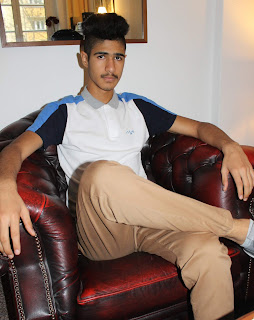 They arrived and settled in. Homework done and then I heard the words I was waiting for, “Opa, we’re hungry”. No surprise there! As usual I stuck two pizza into the oven. They happily munched through those and then chocolate pudding before falling onto the sofa and putting a DVD into my machine. They picked an ‘adventure’ film about spies, the military and fighting in the Middle East involving the USA military. They consumed bags of crisps and a large bottle of Coca-Cola as they followed the action. Yes, this is all part of ‘chillen’.

Later I said I wanted photos to add to the family collection.. They do not have a camera. In fact where they live they do not have radio, tv, internet, use of a computer. They were all recently moved to another complex housing refugees but in the middle-north of the city. So, I got the camera out and took some photos. The Boyz wanted to take some themselves and in different poses. I agreed and now share two photos of the shots they took of each other. Both looking very serious. I enjoyed my time with them for they always make me laugh as they ‘chillen’.