Bad News: Glen Capra is dead. At the end of 1979, I moved to Brighton and Sussex University as a ‘mature student’. At first I lived on campus and really enjoyed the life style. I then moved to other places including College Street. During the 80’s, I lived there and in India. I also got to know Glen. He and his family had moved into a flat in Oriental Place near to the seafront, where I had moved to after my last India project. Our link was music. 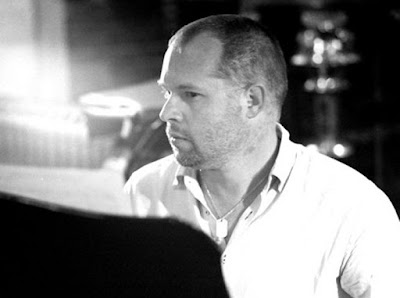 He was only 17 but already a master of the keyboard. I was surprised and jealous of his musical skills. I wanted to play like that! We got to know each other better and I began to pressure him to apply to study music at Sussex University. I finally succeeded and then I left for Germany and he met a young lady who I shall refer to as ‘L’. He graduated with a MA in Composition and then studied for a Diploma in postgraduate performance studies at the Guildhall in London.

He started a successful career as a musician, accompanist, chamber player and composer. He travelled a lot both performing and as an examiner. In his last e-mail he listed 11 countries he had worked in during the previous year. He and ‘L’ got married and they had twin daughters – now adults. His marriage to ‘L’ broke down, but they still kept in touch.

On one of his travels he met a young women singer in Greece. They got married. A mistake for the marriage broke down after a short time. He returned to Brighton then returned to Greece. His new wife changed the locks and he went to stay with friends in the town. It was there that he committed suicide. All who knew him and valued him as a musician and person are still shocked. The family in Brighton have an urn with his ashes and will let me know when and where they will be placed.

Good News: On Sunday afternoon, Jan’s sister gave birth to a boy. Both mother and son are well and father is more than happy. Congratulations! It is a pity that I cannot share this news with Glen.