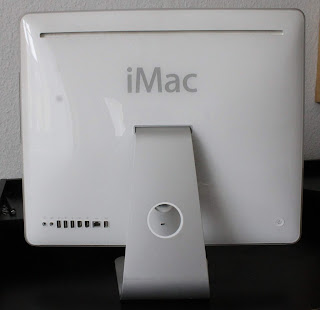 Time to catch up on updates. The weather is changing into autumn cool, leaves are going brown and dropping to the ground but this weekend has blue skies and sun in the afternoon. Monday was as usual and started with a German lesson. I am still having problems with dictation = the link between hearing and writing. More of that with Barbara tomorrow. 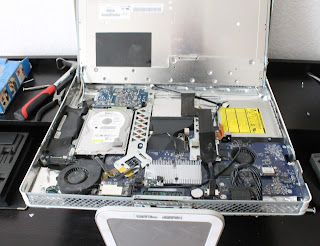 The main event on Tuesday was a meeting of the SPD Oldies. Over coffee and cakes we listened to a report by the Berlin government senator for security. He is also our local MP and always nice to see him. After his speech, I distributed copies of photos taken on our last cruise on the local river and canals. The Oldies were both surprised and happy to be given such a copy.

From there I took the S-Bahn into town to attend a meeting of Berlin Labour Party. There was a guest speaker talking about rent rises and plans to limit them by the state government. This was followed by a general discussion about the Labour Party annual meeting taking place this weekend in Brighton. Wednesday and Thursday were quiet days. Then Friday brought a change. 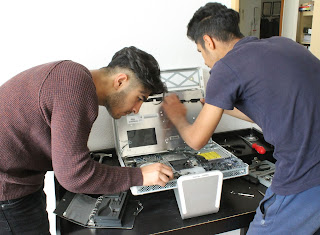 I went to Kerstin’s Training for Oldies in the morning, as usual, then did some shopping for food for my later visitors. I had got a call from Bro1 asking if he could use my computer and printer on Friday afternoon. I said yes and he rang the bell on time. Bro2 was also there and it was great to see them again and looking so well. 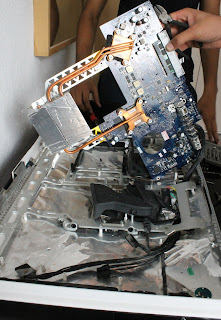 Bro1 opened my laptop and started work. It was to write an application for a 4 week training course. This is supported by his school and is not the first time. Bro2 asked for English books. He selected two to take away and use in addition to the lessons he has at school. I went into my bedroom and started to dismantle my iMac. No surprise for it was over 12 years old and many programmes had stopped working and the operating system no longer got updates.

Goodbye to my iMac. I was interested to find out how the computer parts worked behind the screen. As I started to dismantle it The Boyz came into the room and started to take over the work. They clearly enjoyed seeing what was behind the screen and the challenge of dismantling it – as you can see in this photo.

After that, they said they were hungry. No surprise there! Pizzas into the oven followed by chocolate pudding and they were happy. I was happy that they had helped me and I told them not to wait so long to visit again. Having said that, they told me they were now in a new sports group at school and had more homework and so had less time. I can understand that.