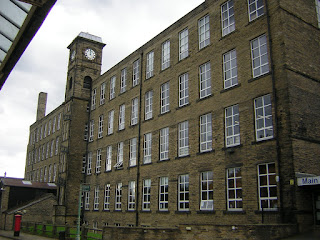 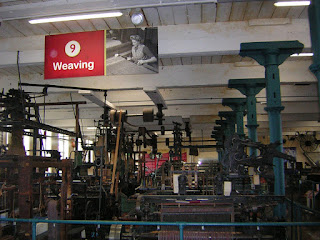 I stayed with Alan and Lynne in ‘Casland’ for a number of days. Always a pleasure to be with them and relax in their nice house. We did a number of excursions. One was to Bradford Industrial Museum. Alan had seen a report about its exhibitions and that entry was free of charge!

We drove over to Eccleshill, which is part of Bradford, to see what was on show in the museum. The museum is in a large building called Moorside Mills. It was built in 1875 by a certain John Moore as a worsted spinning mill. Worsted means high quality wool yarn. 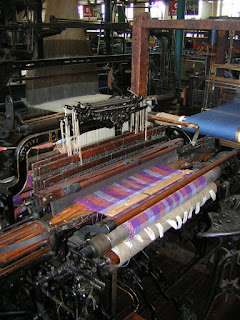 The mill expanded in 1919 with the addition of a clock tower and two floors were added. The property changed hands a few times until bought by Bradford Council  to create an industrial museum. As such, it opened in 1974. 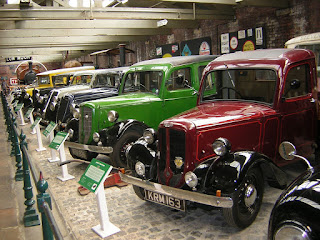 It has permanent displays of textile machinery, steam power, engineering, printing machinery and motor vehicles. There is a large display of cars made by the Jowett company. This was founded by two brothers of the same name and produced in a factory in Bradford. My parents bought a Jowett Javelin car in the early 1950s and were very pleased with it!

There is a weaving section in the museum and when I entered I immediately thought of my mother. She worked in weaving mills in Silsden after leaving school at 14. The Jowett brothers were sent to work at the age of 8 and the museum makes many references to child labour and conditions for women working in the mills.

A really impressive museum and I can recommend you finding the time to visit the next time you are in Bradford. You can treat yourself to fish ‘n chips after the visit!