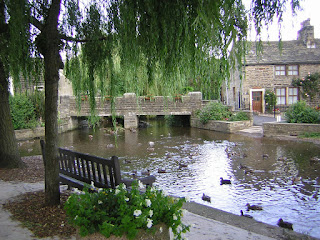 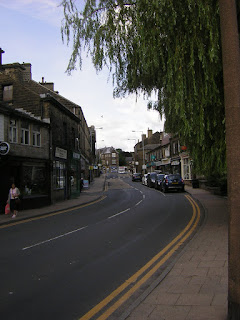 I’m back in Berlin. I flew in last Wednesday and arrived home at midnight. This time the flights were on time. This was the first time in 8 flights that KLM got it right! The flight to the UK was delayed as usual but then the connecting flights were also delayed. I used to like flying but no more! 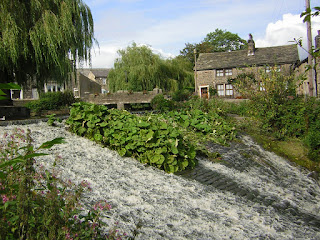 Get a map out and look at the north of England. Find a county called Yorkshire and a city called Leeds. I flew into Leeds Airport and was picked up by my cousin Barbara. Then a short ride north until we reached a large and popular fish ‘n chip restaurant. Guess what we ate?

Then we drove to Ilkley and over the hills to the next valley and the town of Silsden was waiting for me. I was born there. The town has expanded recently and there are plans for many more houses. I think the population is now about 7,000. It was much less when I lived there.

I took a few photos with my old mini-camera so here are a few views of where I stayed in Barbara’s house and walked around the town. Other reports will be about food, the canal, a museum, and a rugby match. Come back tomorrow for more updates.