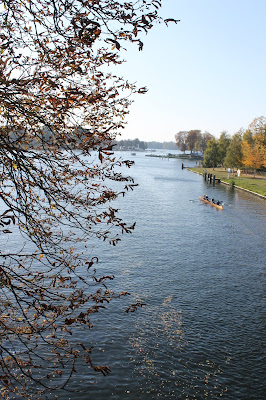 I have some good news. Shirley and family in Florida are okay and safe. Both Jan and I had contacted her for we were worried about the arrival of  hurricane ‘Michael’. She was able to e-mail that they had survived the worst, but there was a lot of damage in the areas hit be the storm. Phew! – what a relief to read her words. For us the most important thing was that they were all safe. Take care of yourself Shirley and family and thanks for the quick and informative reply.

After my usual two appointments at the AWO yesterday morning I met my SPD Oldies. We then went to the Catholic High School in the district where I live. It was for an organised tour of the building. It is a listed building due to its architecture. I found it very interesting to listen to the concepts about building styles in the 1920s expressed in its architecture. 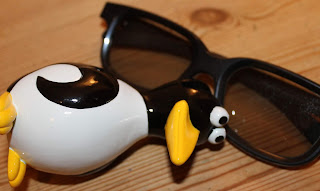 It started life as a hospital surrounded by trees and parkland. It continued as a hospital over the years until 1991 when it became a High School. It is mainly financed by the Berlin government and is one of three specialist educational centres. It specialises in training young people to work in all branches of health care. Good work and long may it continue.

That evening I relaxed in front of my TV to watch Germany play France at football. We (that means most of Germany) were hoping for a better show than the recent defeat against The Netherlands. We were disappointed. Germany lost 2:1. Percy was watching the game with me through his big glasses. When the final goal was scored he fainted with shock and he fell onto his glasses as you can see in the photo. Poor Percy – but at least his glasses are not broken, which is good news :-))