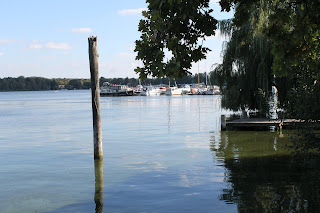 It’s been a busy week. One surprise was yesterday. I watched the German football team play The Netherlands with increasing disbelief as the German team slid to a 3:0 defeat. It was like watching them play badly in the recent World Cup games. Time for new, younger players, particularly in defence.

I spent all day yesterday at a conference-workshop in a hotel in Erkner. This is a very nice town to the east of Berlin and one of my favourites to visit. It was organised by the district SPD and the topic was The Future of the EU. One of the main speakers was our local MEP who spoke very clearly about plus and minus aspects.  I learnt a lot and it was nice to spend time with interesting fellow members. 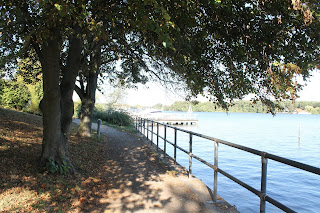 After the conference, some of them went to the centre of the city to support a demonstration. Was that a surprise in numbers. On Friday we heard reports that up to 40,000 would attend. Yesterday reports said nearly 250,000 people marched through the centre of the city to protest against the rise of right-wing populist politics and parties both within Germany and in the EU.

I think the fine sunny weather must have played a role in bringing so many people onto the street. It is forecast to continue into the new week. The sun is forcing its rays into my place as I type these words. I shall now get ready, pump up the tyres of my bicycle and later join Imre for a day out. We are heading for an area to the south of Berlin. I’m looking forward to a day of movement following a day of sitting yesterday! Have a nice Sunday no matter where you are.