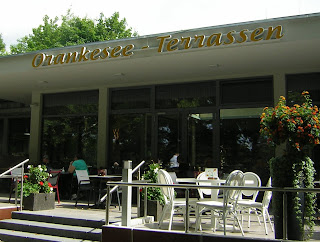 Yesterday at 2.00 pm I met my SPD Oldies for our monthly visit to different places in and around Berlin. We gently eased ourselves into four cars and off we went. In the north-east of Berlin is a sub-district called Alt-Hohenschönhausen. It has two lakes close to each other. On the left is Orankesee and on the right is Obersee. Both were created in the last Ice Age. 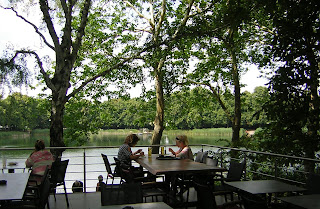 Lake Orankesee takes its name from  the Slavish name ‘Roderanke’ which means red/brown lake. The lakes were first recorded in the 14th century as Germanic tribes moved east, settled onto the land and created farms, villages and towns. The first houses were built just south of the lake in 1892. In 1913 a public park was built around the lake. The area was incorporated into Berlin in 1926. By then the lake and park were popular summer picnic areas with bars and restaurants near the water. 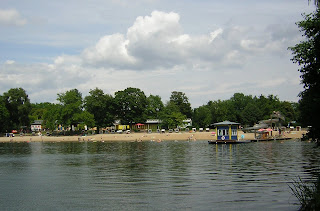 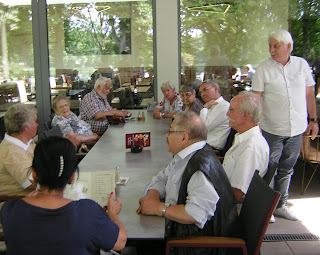 In 1929 a 300 meter long beach was created. This was destroyed by bombs in 1944. In 1945, the Soviet Military Administration declared it to be a prohibited area and fences were built around it. These were removed in 1957 and local people allowed to visit the lake(s) and beach. In 1997, the cafes/restaurants were destroyed in a fire. And so began a period of renovation and re-building so that by 2010 the buildings were completed you can see now. In addition, both lakes and park were cleaned at a cost of €2 million.

On  the south shore of Lake Orankesee is a popular large restaurant called ‘Orankesee Terrassen.’ Nice views from the outside dining areas onto the lake. This is where we sat, enjoyed the views, Kaffee und Kuchen and some even later sipped a cool beer or glass of white wine. Lots of interesting conversations covering many themes. No surprise that some were of memories of coming to this lake when they were children.

A really nice corner of Berlin to discover, and of course sunny hot weather makes all the difference. Have a look the next time you come to Berlin 🙂