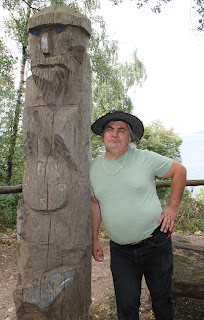 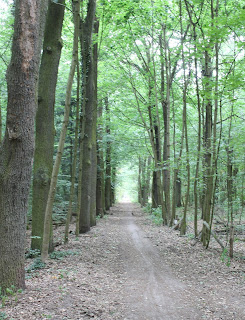 I’ve just returned from the worst bicycle ride I’ve had for many a year! I told Imre to organise a bicycle tour for Sunday and he had free reign. He was happy to agree, so I left him to do it.

He arrived this morning and after some refreshing cups of green tea, we set off. We discovered my local S-Bahn station is closed for repairs for a month. We took an U-Bahn route with a number of changes as we headed into the western areas of Berlin. Not easy for the bike section of the trains were full of other bikes and lots of prams, occupied by crying children. 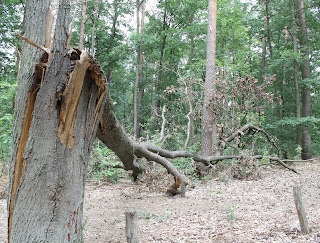 We headed for Spandau in the north-west of the city and got out at the station Westend. This is on The Ring which takes passengers around the city in a circle. We cycled through suburbs with noisy traffic until we reached a cycle path that ran parallel to a long stretch of the Berlin Autobahn/ Motorway It took us into woods in Wilmersdorf and Grunewald heading towards Zehlendorf. You can find all these on your map of Berlin.

As I cycled I became more and more annoyed at the noise and fumes from the motorway. I told Imre I was not happy with his route and wanted to head into the woods as soon as possible. He clearly had no idea where he was and admitted he had not been on this route since the early 1990’s! We found a path into the woods. I had a map and found the path would lead us to the River Havel. We set off and my mood got better.

At the end of the track we returned to a cycle path that again ran parallel to the motorway. I told Imre that I had had enough and would head for the nearest S-Bahn and back home. He said he was sorry and would come with me. I managed to take some photos of the woods and of Imre standing next to a wooden figure near the Havel. This photo makes me smile and feel better!