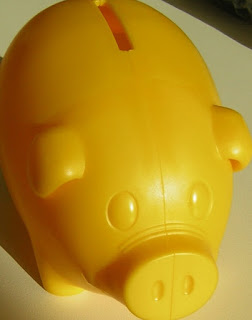 Having a coffee with a new friend name of Mr. Piggy – only the coffee is true :-)) Let me explain.

Every Monday afternoon I go to a meeting room in the new block of flats opposite to my place. A gentleman called Thorsten is waiting in the room for anyone with smartphone, laptop, notebook, tablet problems.

He is a computer expert and works for the housing association. of which I am a member. He travels to different parts of Berlin each day to help tenant-members to solve their problems. He is also a master of music and languages. What a talent! 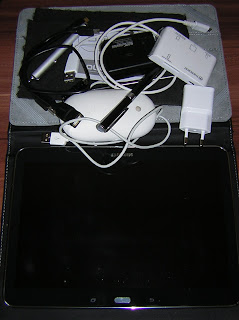 He helps me to use Oldie-Hermann’s tablet. I know I should know it all by now but I don’t for I hardly open the thing. So, to Thorsten’s lesson. Last Monday I did something I had not done before! I took a photo of Mr Piggy and set to work. Mr. Piggy was on the table in front of me.

I did this as I normally do and added a few words of text. And so I left it until now. It was the first time I had taken a photo then transferred to a tablet, made changes and uploaded to the internet. Not easy for there are more programmes and steps than I normally use to update my blog and keep you informed about all the exciting things in my life here in Berlin :-))

To end this report, here is a photo of my Oldie-Hermann tablet and the things I have added to it in the vain attempt to make it easier and simpler to use. I think I need to practice more! At least you know where I am and what I am doing each Monday late afternoon to early evening!