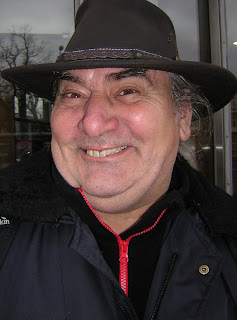 The last day in January was a very good one for me. It started with a lazy morning of paperwork, computer texts to read and e-mails. I then got ready to meet Imre for lunch. He has three bicycles in addition to three cameras so he cycled to our meeting place.

This was a restaurant not far from where I live. They offer fixed lunch menus per day for a low price. They attract a lot of office workers from the area and ‘elderly’ people and groups. We had been there before so knew what to expect. 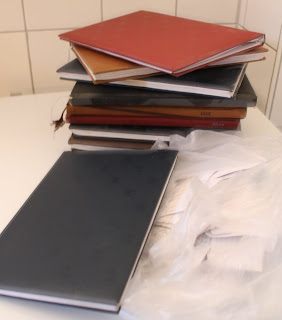 Imre had just returned from a few weeks in Manila. Yes, visited his girlfriend again. He was full of life and spent all the time showing me hundreds of photos. He is a bit of a ‘snipper’ with a camera and I told him again he should not just press the button and take a shot but look carefully at what he wants to take – and not do it ten times. Yes, there were often ten of the same shot!

He looked well and was very happy with his holiday. He just wanted to talk and relive the time and I was happy to relax and just listen. When we left, he put on his favourite hat before getting on his bike. I just had to take a shot and here it is. I think you can see how happy he was to talk about his special time in Manila.

I jumped onto a tram then an S-Bahn and ended up at Frau Fox’s home. It was her 77th birthday. I took her a box of chocolates. There were other guests so we had a nice time chatting over Kaffee und Kuchen. It was good to see her again and it was agreed I should celebrate my next birthday at her home.

On returning home, I decided to shred all my old diaries. There were ten. It was interesting to read entries from years ago and relive the events. I finished the shredding this morning. Now for the recycling bin!