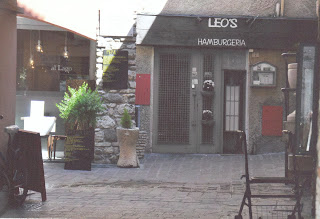 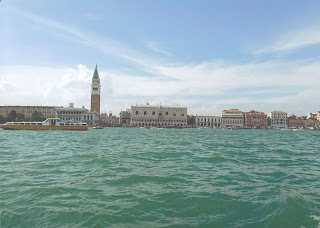 Stefan is a big fan of Italy and now goes there each holiday. As some of you may know, Stefan is The Boss of my Photoshop Gang in addition to being The Boss of the building where we meet. He wears his two hats very well! An exhibition of his work opened last Tuesday. 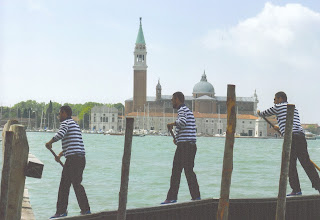 On show you can see images of his last visit to the north of Italy. He has some very good cameras but now experiments with the camera on his smartphone. No surprise there! Whatever the source, he puts them into programmes such as Photoshop and likes to make changes. Some changes you can see clearly but others not.

He printed out a lot of postcards of his pictures for visitors to take home and enjoy seeing the images again. I took eight that I liked. They show typical images of north Italy and some that remind me of visiting friends in the south of France, just north of Nice. 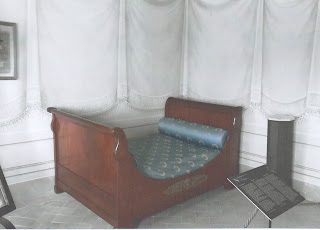 I include one not for its photogenic style, but for its language. That is why Stefan took the shot. We can clearly see that a man called Leo has opened a Hamburgeria. You can also note that Leo added an apostrophe ‘s’ to his name before creating a new form of Hamburger. I wonder if this is an example of ‘New Italian Language’??

From others you can see that he went to Venice. There is a shot of Napoleon’s bed in which he slept during 1814-15 when imprisoned on the island of Elba. I am not sure if Stefan took the shot when he visited Elba, or if the bed is now in a museum on the mainland. Last Friday a few visitors said it was short and repeated the story that Napoleon was not the tallest of men!

I checked this online and discovered he was 1.69 metres tall. For that time it was a bit taller than average height. One report said that the British military put out the story that he was very small and this ‘false news’ continues to this day. I also learnt that he was married twice and chased the ladies a lot, producing six children out of marriage. Now we know what he was doing when not leading an army!