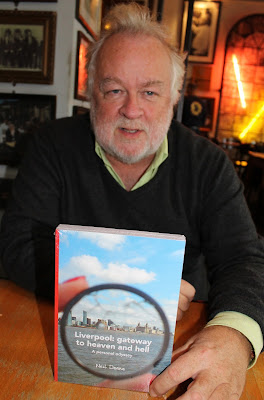 I had a trip down memory lane yesterday. Jumped into my local S-Bahn train and 20 minutes later got out at Friedrichstrasse, waited a few minutes then saw a big smile approaching. It was Neil and on time. He had been exploring the area before my arrival and noted changes.

We walked over the River Spree, which is next to the station, and went into a popular restaurant called ‘Rheinland Ständige Vertretung’. The Rheinland is an area in the west of the country. This restaurant/bar sells beer from the Rheinland and so as the name suggests, the place and its beer is a ‘permanent representation’. We found a table and settled down to catch up on news.

Neil comes from Liverpool, studied German and French, graduated in 1979 and moved to Germany. Over lunch he added that he is now in a class to brush up his French. In 1979, he studied at Humbolt University in what was then East Berlin. He met a lady and married. After unification he got a job with a publishing company called Cornelsen and lived in a block of flats owned by the company. 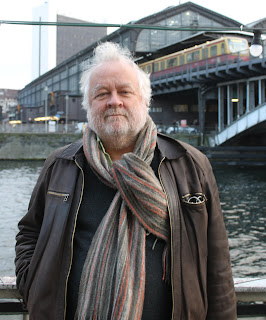 I met him through the founding of an English teachers’ association and later moved into a flat in the Cornelsen property. By then he was single again and often on the road for the company, but we still found time to have a beer and go to local workshops for teachers. I then moved to the district where I still live and Neil got a job as a lecturer at the university of Duisburg-Essen. This is in the west of the country so it was goodbye to Berlin. He bought a flat in Essen and now lives there.

He has also written three books. You can see him above with the latest. I did a report about it on this blog. It is called ‘Liverpool: Gateway to Heaven and Hell’. If you have not bought it yet then rush out now and do so :-))  I also like his second book. It is called, ‘ Modern Germany: An outsider’s view from the inside’. It’s an interesting account of his experiences since 1979, and set against historical changes in 1989/90. I can really recommend this book if you are interested in that period of modern history.

I took a photo of him with the river and S-Bahn station in the background. This means a lot to him for it used to be the crossing point when he entered/left East Berlin. A real trip down memory lane for him. We then went our separate ways. He went to look at the area where we both lived in the publishing company property, and I went to meet a couple of people for Kaffee und Kuchen.

He invited me to visit him in Essen. I shall do just that next Spring or early summer. Thanks Neil for a really interesting time yesterday, write another book and I’ll see you next year.