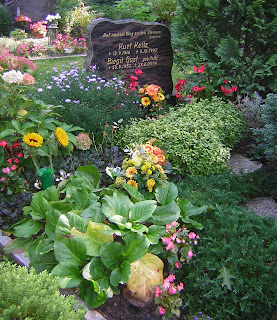 I do not want to have another day like yesterday. It started as planned. Get ready and go to a local S-Bahn Station to meet Heike. She is Birgit’s younger sister. It was time to celebrate what would have been Birgit’s 65th Birthday, and so welcome her to the wonderful world of ‘The Oldies’ 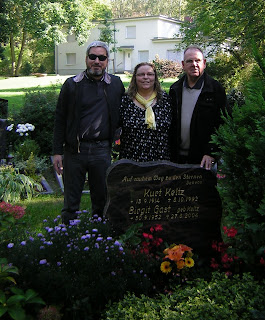 We could only do so symbolically for Birgit died on the 27th August 2004. All of 13 years ago. How she is missed. I have tried to help Heike to celebrate Birgit’s life and accompany her on visits to the family grave where her sister is buried. We have developed a tradition of then going to a Czech restaurant near where I live.

We kept the tradition yesterday. We also had the bonus of doing so with Birgit’s son, Robert. He arrived with his wife and recently born daughter. Her second name is Birgit. Yes, named after her grandmother. It was nice to share the day with them. After lunch we went our separate ways. I went shopping and then home.

Later at home, I got some not nice news. One was an e-mail that the daughter of a friend in Florida had been found dead at her home. The family is in great shock and waiting for a doctor’s report about the cause of death. As if that was not enough, I then got a call from Oldie Hermann’s family that he had been found on the floor of his flat and rushed to hospital. He is now on a life-support machine.

Three things in one day that I do not want to experience again!