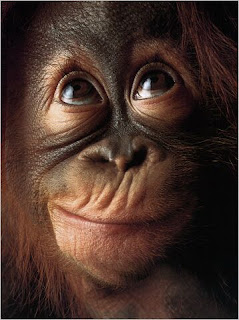 I’m slowly settling back into life in Berlin, but am not a fan of autumn and winter. If I had millions in the bank I would hire a jet and fly to warmer lands. Australia or New Zealand would be just right and the bonus is that I could visit people I know there. 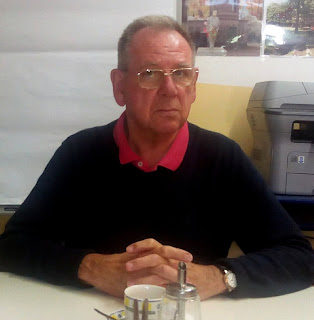 I have just written that sentence in Conditional 2. Most Brits can’t form one. I noted this on my recent visit! Time to change teaching English in the Brexitland schools! The Prime Minister could appoint me as Minister for that task — with the right salary, of course :-)) 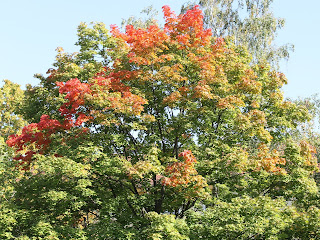 Looking at my diary for October I note many of the usual appointments. These are English for Oldies at the AWO with a new course starting on Tuesday 10th. On the 19th I am going to a Smartphone and Tablet for Oldies course, also at the AWO. Next Tuesday is Unification Day in Germany. It is a public holiday, so I am going on a bicycle tour with my Muggelsee Gang. This time Imre should be with us!

I have four appointments with my housing association representatives in October. There is also a meeting with my Kowalke Gang in the evening of the 12th. Looking forward to that. I’m going on a walk along part of the Berlin Wall later. Then a meeting with my SPD Oldies for Kaffee-Kuchen and a discussion about the last election results. I’m also going to the English Teachers Association social evening in an Irish Pub. On the 22nd I’m going to a concert in the Philharmonie to listen to music from Wagner, Glass and Mendelssohn. An interesting mixture!

Who has a birthday in October? My nephew Andrew starts the month with his 40th on the 5th October. Sure to be a party in Ilkley to celebrate. Don’t forget to send photos, Andrew! Nephew Warren will be 41 on the 12th and will have a party in Silsden. Wow, but my nephews are getting old! Back in Berlin Bro2 from The Family will be all of 15 on the 13th. My sister Frances will celebrate her 71st in Silsden with family and friends on the 14th. Falk from my Muggelsee Gang will be a ‘bit more over 50’ on the 15th. My neighbour Marita will be 67 on the 21st. Back to Keighley for Dianne’s 71st Birthday on the 27th. Back in Berlin, The Daughter in The Family hits 9 years on the 28th. Sure to be a nice party for that. Tanja in London ends the birthday list for October. She will be 53 on the 31st October. Happy Birthday to each and all no matter where you are :-))