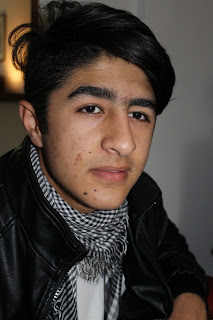 Last Tuesday was a better day than Sunday. You ask why? Because ‘the kids’ from The Family visited. I was surprised to see all three. Bro2 had called on Monday to say he needed help with a document he had got from school. We agreed Tuesday at 4.00pm and to no surprise he came at 6.00pm with big Bro and little Sis!

Nice to see them again after a relatively long time. Bro1 is now in a new school focussed on preparing students for work. He needed help with a document telling him to contacts three internet addresses and find a company he could train in for six weeks. It took time to go through the documents and explain all the steps, but in the end he understood what he had to do. 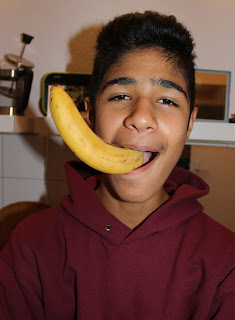 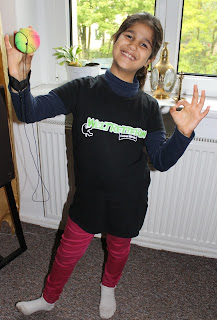 Then it was Bro2’s turn. He had received a set of documents from his school/teacher about a class visit to London. It took some time before he understood the texts and realised he could not go.

First, the family does not have the money to pay for such a trip. Buying food and clothes takes up most of their income. Second, he does not have a passport. Try getting into Brexitland without a passport.

While all this was going on, little Sis was playing with a rebounding ball I bought for her when I was in Bremen. She loved it. Was I happy! She also drew another really nice picture of me. What talent she has and she really picks up German quickly.

They told me they had moved at the end of August. I got the address then talked to their parents and I was invited to visit them yesterday =  Thursday. They have two rooms in what was a hotel. They have their own toilets but have to share a kitchen/washroom will all the other refugees who live there.

They do not have an internet connection, but go to a local library for that. There is also no TV connection. They really do need a flat,  but it is not easy to find an affordable one for five people. Even so, they are happier there, the children are making good progress at school and they are safe. That is the most important thing.