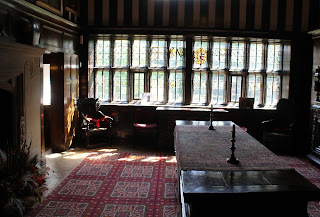 During my stay with Alan and Lynne we set off towards Halifax again and ended up at Schibden Hall. 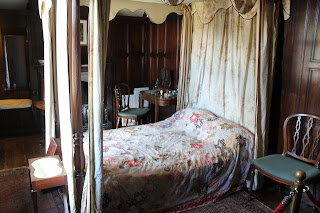 I had never been there before and never heard of it. A truly remarkable house and history of the area. The house was built around 1420 by William Otes. It was later owned by the families Savile and Waterhouse. 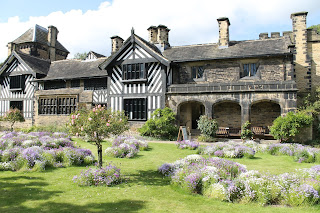 The big changes came after 1655 when the house and land became the property of the Lister family until 1926. This family came from Bradford and were wealthy mill owners and cloth merchants. It was expanded to become what can be called a half-timbered manor house surrounded by fields and trees.

Major changes came during 1791 to 1840 when the property was owned by Anne Lister. A gothic tower was added and used as a library. A park was created with a boating lake and so it became the property you can see today. 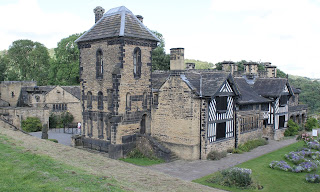 The last of the Lister family owners was a founder member of the Independent Labour Party. That really surprised me!  He donated the park to Halifax Council in 1926 and so it became a public park. The manor house became a museum in 1934, and passed from private to public ownership.

The local council invested 5.1 million pounds sterling for restoration work in 2007-8. It is clearly a popular place to visit particularly when the sun shines, as it did when we visited. I liked wandering through the rooms and seeing the furniture and decorations in each room.

It really is worth a visit and I am grateful to Alan and Lynne for taking me there. We later went into Halifax and visited a museum showing the importance of the wool industry in the development of the town.  What an interesting day.