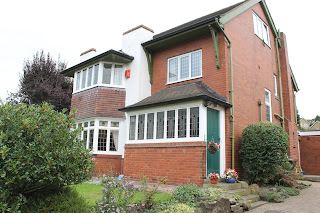 I spent most of my last week with Alan and Lynne. My family and regular readers know he is my oldest friend – and he is 3 months older than I am! We met when I was 16 and went to college in Leeds. He was fortunate to meet a remarkable lady called Lynne and the rest is history. 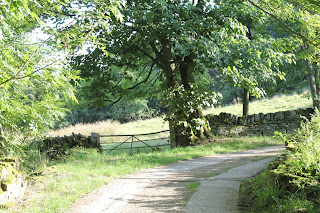 Going to the UK would be unthinkable without staying with them. Fortunately they have a house even big enough for me! Look at the first photo. The bedroom on the right is mine :-))  Yes, it is true. The bed in that room is displayed at the top of my blog with the note that I have gone to Berlin. That room and house are as part of me as my blood! 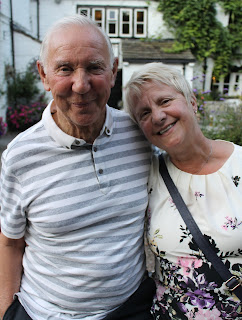 I took the train to Leeds then onto the local one stopping at Castleford. It is an ex-mining town south of Leeds and has a good rugby team. This time they were not playing at home but had just won the Championship Title for the first time in 91 years. WOW!! Well done Cas! Alan and Lynne are supporters so they were very pleased. 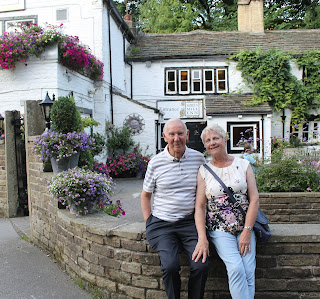 We went into town a few times and they took me to parts of the area I had not seen for years, or not seen before. We spent an interesting day in and around Halifax. I knew it had played an important role in woolen cloth production but I did not know that at one time it dominated the UK market. There is an interesting museum which shows that history.

On one tour we went to a rural area south of Castleford. There is an old hotel/restaurant in a valley which they like. We went there and booked a table. They relaxed and I went for a walk along the valley. I turned a corner and saw this view of the track and fields. I had to take a shot. I find it typical of that area and very relaxing when I look at it.

I returned to find Alan and Lynne about to order. I joined in and enjoyed a fish dish with a cool glass of white wine. It was their 42nd wedding anniversary so I told them they were my guests. After polite protests they agreed. Later we sat in the garden and I took a couple of shots of the happy couple still smiling and happy to be a couple after so many years.