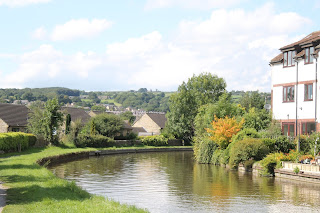 This post is for non-Silsdeners :-))
Silsden is a small town in a valley through which the River Aire flows. It has a ‘mountain’ called Nab End northeast of the town. This is the highest point in the area. Silsden sits in the middle of three larger towns. 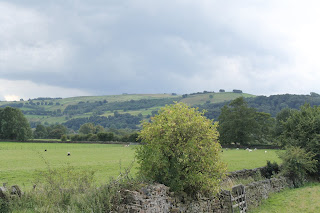 To the south is Keighley, to the northwest is Skipton and to the northeast is Ilkley located in the next valley through which flows the River Wharfe. Both rivers flow into the River Humber which then joins the North Sea. 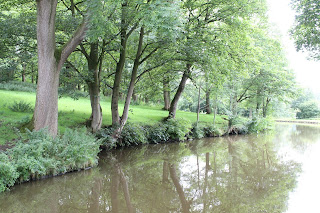 Remains indicate that people lived in the area during the Roman period but the area got its name as Sigglesdene from a farmer who settled near the river after the Roan legions had gone. Herr Sigglesdene came from what is now north Germany – Denmark. No surprise for many soldiers in the Roman army were mercenaries from north Germany. 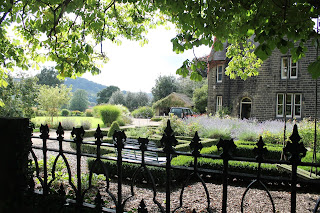 It is believed that Herr Sigglesdene kept sheep, cows and goats in addition to ploughing  the land. Many years later houses were built 1 mile to the north to house workers in the metal industry. With the advent of the Industrial Revolution, weaving mills were built plus houses for mill workers. And so Silsden expanded.

Now most of the mills/industry has gone and it has become a dormitary town sending workers to the larger towns where they work, and then drive home again. The population has increased as has the number of houses. Many new ones are made of stone and look like the older ones.

Here are some shots of the town/area. On my second day I borrowed my nephews bike and set off along the valley bottom. I followed the canal road and took these shots.

The first one shows part of the town from the canal. The second is of the valley in the direction of Keighley. The third is my favourite. I like the colour contrasts and just the peace captured in the shot. The fourth one is of a nice house almost hidden in the valley by trees. And so I cycled on and slowly returned to the centre of Silsden.