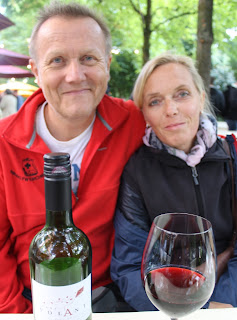 A week ago I took an early train to Bremen from where I took a local train to Weyhe. Jonas picked me up and took me to a family hotel/restaurant. I stayed there a year ago and was happy to go again. The owners recognised me immediately and showed me to the same room. How’s that for service.

I can hear you asking ‘Who is Jonas?’. He is Holger and Gabi’s son. He has an elder sister called Lena. I told you all about them in my post when I visited them a year ago. Holger picked me up in the evening and we went to their rural family house. Lots of conversation as Holger grilled for us and we sipped some nice red Spanish wine. See photos of the happy couple and the grill area. 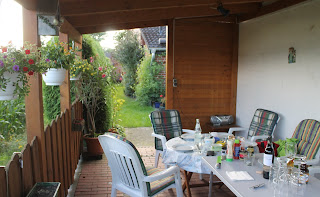 Bremen is famous for the products of its large brewery so later I tasted a glass of a brand I did not know. Just the right thing for a warm day and a thirst! We tasted a few as we set off to explore the countryside and cycled into the city. We enjoyed the market on the side of the river Weser and even went to a large store selling bicycles. 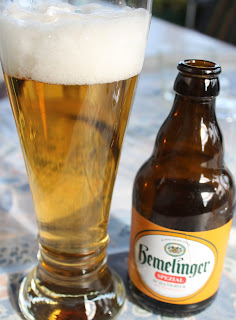 Earlier I had noted that about 1 in 2 of the local ‘Oldies’ were moving around the area on electric bicycles. Far more that you would ever see in Berlin. In the bicycle store I saw a large selection of E-bikes priced from €850 to €4,500. Wow, but I could buy a second-hand small car for that price! 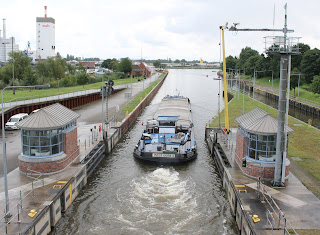 On Sunday we went for a long walk which ended in a local small town which was hosting a ‘Dutch Market’. The weather was good so the streets were packed with people wandering from one stall to the next to see what was on offer from the Netherlands.

Later we had a meal back home before watching a special TV programme. This was called ‘The Dual’. The leaders of the two largest political parties in Germany were questioned by four TV presenters. I found it interesting but did not learn a lot more about the political leader’s views than I knew before.

Earlier we drove to a local sport area. A number of teams were playing football. We found Jonas’ team and him sitting in the reserve section slowly waking up! His team won 3:1. Next day Jonas picked me up and drove me to the local station where I caught a train to the main station in Bremen and then to the intercity train to Berlin. A really happy, relaxed time with wonderful hosts.