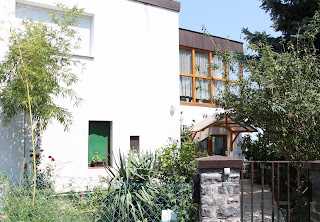 I’ve just returned from a wonderful time in Hungary. It is called Ungarn in German and Magyar in the local language. No matter what you call it, you have to go there if you have not already done so. My first visit was with a lady called Sally in 1986. I had just returned from working on some projects in India when she announced we were going on holiday. 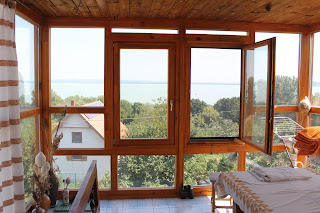 I readily agreed as we piled into her comfortable Peugot estate car and set off on a two month tour covering eight countries. From our later base in Vienna we decided to head for Lake Balaton in Hungary for a traditional holiday of sand, sun and beaches. I fell in love with Hungary immediately. 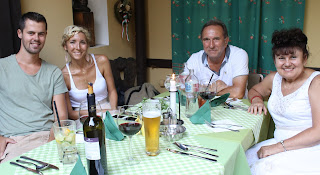 Many things happened later involving the country and getting to know more people. This included Marcel’s family. I got an invitation to visit them last week and had another wonderful time. The high-point for me is staying with Oma und Opa (his grandparents) at their large comfortable house near the north shore of Lake Balaton at a place called Badacsony. 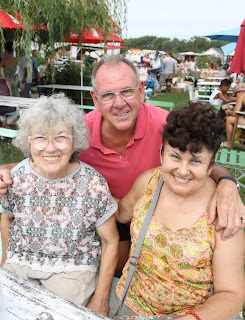 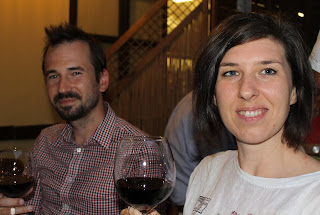 We had blue sky, sunshine and temperatures of 34 to 40°C. Berliners had rain, grey sky and 17°C. I had picked the right place! Sometimes I had to escape from the heat and sun by sitting under a tree in the shade and trying to doze off. I started my visit at the grandparents house on the Balaton.

It was really nice to see them again and settle into ‘my’ room before sitting in the sun and exploring the harbour and central area. Each morning Opa was waiting for me at the breakfast table with a bottle of his home-made brew and two glasses.

To the command of ‘Medicine’, we downed a glass, had a cough and then downed another glass. What a great way to start the day! The best medicine I have ever tasted!

I later spent some time at family houses in the north of Budapest and at Miscolc, but more of that later. Here are a few photos of family members and Opa/Oma’s house near the lakeside.